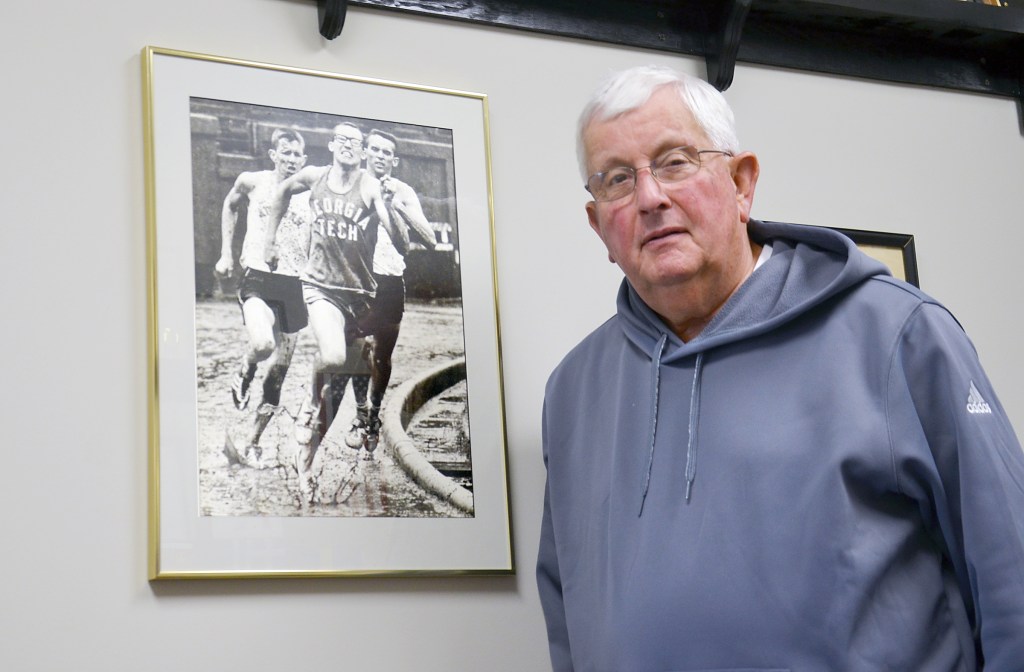 Doc Anderson, the longtime athletic trainer at Troy University, is being inducted into the National Athletic Trainers’ Hall of Fame later this month.

Troy University’s John “Doc’ Anderson will be inducted into the National Athletic Trainers’ Association’s prestigious Hall of Fame on June 28 in Houston, Texas.

The Hall of Fame is the highest honor an athletic trainer can receive and it’s an honor that Anderson said  “belongs to the university.”

The NATA has 43,000 active members. Anderson said it has just hit him what this means.

“But not just to me, to Troy University,” he said. “It’s Troy. This award belongs to Troy.”

Anderson has enjoyed a career spanning nearly five decades. With the exception of a 10-year stint at Louisiana State University, he has held various roles at Troy University since 1967, including head athletic trainer, professor and program director and now serves as a professor emeritus lecturer.

He was a member of the U.S. Track and Field coaching staff for the 1984, 1988 and 1992 Olympic Games and served as an athletic trainer for the 1996 Olympic team. Anderson is the founder of Iota Tau Alpha, a national athletic training honor society. Since its inception in 2005, the organization has expanded to more than 100 chapters with more than 4,000 inductees. He previously earned NATA’s Most Distinguished Athletic Trainer Award and Athletic Trainer Service Award.

Talking about awards and recognitions seems to make Anderson a bit uncomfortable. Although he appreciates the recognition, he would rather talk about his former students and the positive changes that have been brought about through athletic training.

“Students are a university’s most precious commodity,” Anderson said, leaning forward as if putting an exclamation point on that statement. “Students are what this is all about. They and this university are what I’m all about.”

Anderson said Troy University recognizes and supports the role that athletic training plays in today’s world and has given him the reign to so what was needed for the university to move forward as a innovator in the area of athletic training.

“Athletic trainers are like nurses. They operate on evidence-based practices,” Anderson said. “They must receive national certification. Becoming an athletic trainer is not a walk in the park.”

Graduates of Troy University’s athletic training program include 52 physical therapists, 10 physician’s assistants, three nurses and three physicians. And those are numbers that almost bring a smile to Anderson’s face.

“Our athletic trainers are trained to be successful,” he said. “They are dedicated, goal oriented individuals and they are continuing to help make a difference in the sports world.”

“Sports Medicine is influencing the general population,” Anderson said. “Me? I’ve stood on the shoulders of giants – at Auburn, LSU and Troy and giants in Sports Medicine

Anderson said athletic training has infatuated him, since he was in prep school in New England.

“I’m still infatuated by athletic training,” he said.  It’s research driven and it’s making such a difference. I’ve been lucky to be a small part of it.

“And I’ve been blessed to have the opportunities to do the things I’ve been able to do.  Working with so many outstanding individuals and with the students, has been a privilege, not an entitlement. Our students really are our most precious commodities and we have a moral and ethical responsibility to them to give them the best chance at a good life that we can.  I have tried to make the best of my chance at it.”