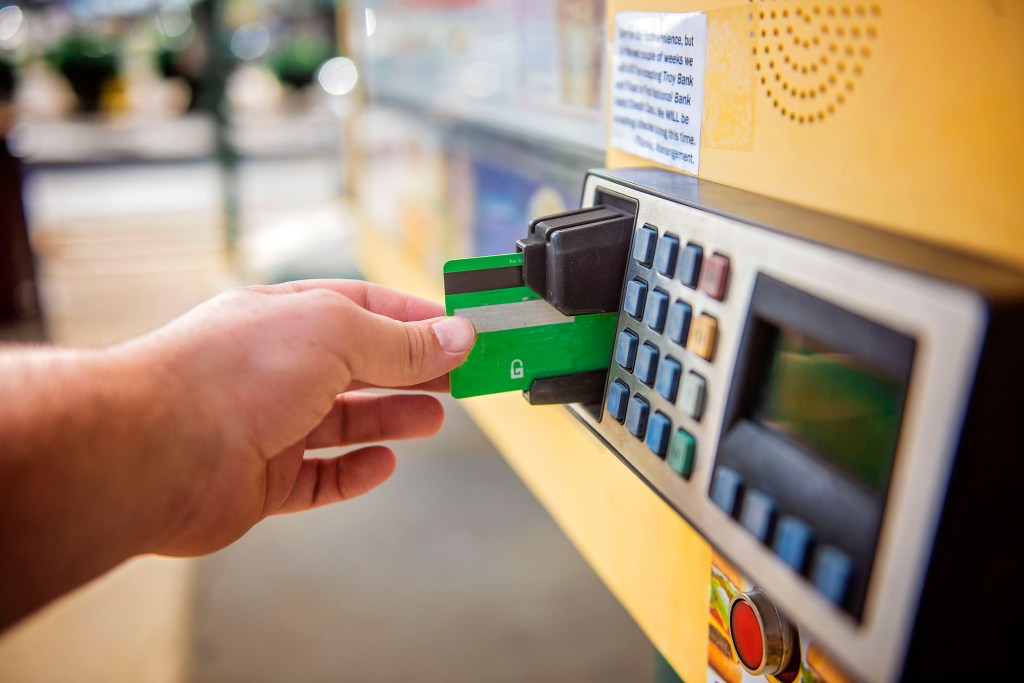 Because of an issue in the computer system conversion underway at Sonic in Troy, and throughout the company, customers who use debit cards from two local banks must find another way to pay until the issue is resolved. Thousands of potential customers are affected by the issue, which restaurant managers say should be resolved by the end of the month.

Jared McLendon never thought twice about using his First National Bank debit card when he pulled up to Sonic in Troy this weekend.

“Then I saw the sign,” he said. “Luckily, I was able to scrounge up a bit of change for my drinks.”

The signs posted at the drive in on U.S. 231 notify customers of both First National Bank and Troy Bank & Trust that the restaurant is temporarily unable to accept debit cards issued from those banks.  And the news was a bit of a surprise for McLendon, who is the IT officer for First National Bank.

“I called right away to make sure it wasn’t something on our end, but our processor assured me it’s not,” McLendon said Monday.

“We’re in the process of moving to a new system for everything,” Hulgan said. “We expect to be finished with everything in the next couple of weeks.”

However, he added, that conversion has affected the restaurant’s credit card processing system, primarily impacting the TB&T and FNB customers. “What we’ve noticed here and at other stores is that during the conversion, when we’re about halfway through, we have problems with processing cards from smaller banks.”

“Our Troy Bank & Trust cards have address security verification, which is an additional layer of security on the debit cards,” she said. “Address verification usually only happens with Internet orders, mail orders or something similar. You don’t often see it in restaurants.”

However, she said, the point of sale machines at Sonic began trying to verify the addresses with invalid, generic zip codes, prompting the sale to be declined by the credit card processing company.

“We’ve been working with the folks at Sonic to try and resolve this,” she said. “We’ve had customers affected in Troy, Eufaula, Ozark and Enterprise.”

The bank representatives declined to give specific details on the number of potential customers affected, adding that the numbers would reach easily into the thousands.

Both Hulgan and the bank representatives said they understood the frustration faced by customers.

“We completely understand the frustration and that’s why for now we’re accepting checks from TB&T and FNB customers, until our conversion is completed and we can accept the debit cards again,” Hulgan said.