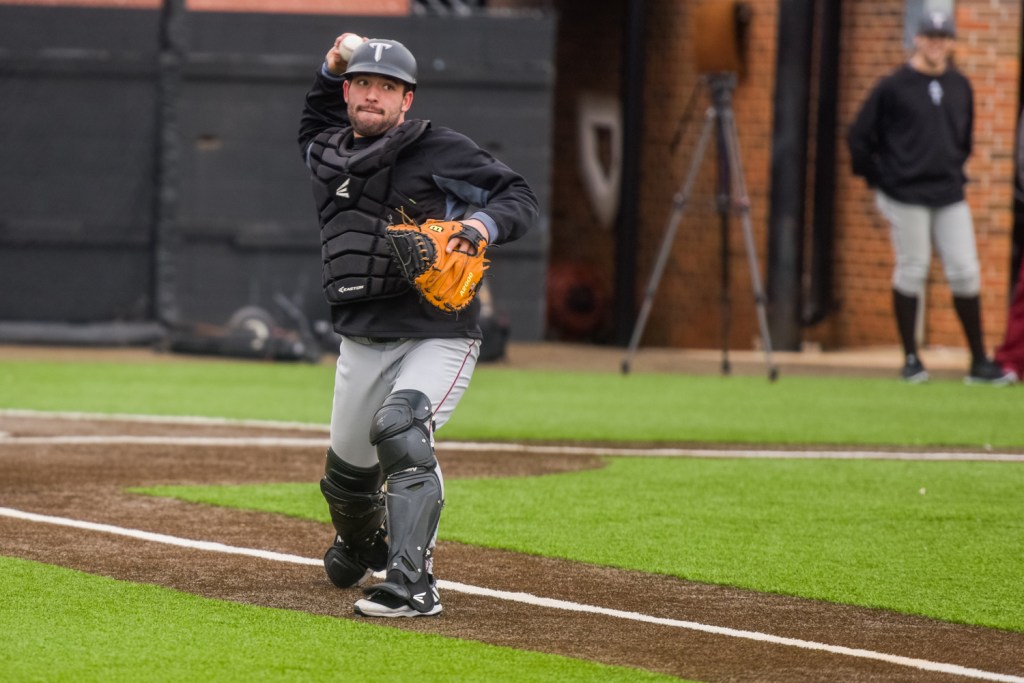 Photo/Jonah Enfinger- Troy natives Chase Smartt and John Michael Stephens will particpate in a pair of summer college leagues. Smartt will head up to Virginia, while Stephens will play in South Carolina.

Two local Troy baseball players are participating in summer college leagues, while two others are preparing for their baseball future as well.

Troy University catcher Chase Smartt is playing for the Harrisonburg, Va., Turks in the Valley College Baseball League, while University of New Orleans pitcher John Michael Stephens is a member of the Florence Red Wolves of the Costal Plains League, in Florence, S.C.

Smartt, Stephens and Joey Denison were teammates at Charles Henderson High. Denison is recovering from a wrist fracture, and if cleared by the doctor later this month, the Troy University outfielder is expected to join a summer college team in July.

University of Alabama infielder and Pike Liberal Arts graduate Chandler Avant just completed his junior season in Tuscaloosa, and is expected to be chosen in the Major League Baseball Draft that begins Monday, June 12. Avant will decide on accepting a pro offer or returning to Alabama for his senior season.

While Smartt was the starting catcher for Troy University this past spring, he is seeing work at third base in Virginia, and getting lots of plate appearances in the wooden bat league. A sophomore this past season, Smartt hit .254 with four home runs, 10 doubles and 24 RBI.

“We’ve played six games, and I’m playing every day at third base,” said Smartt. “It’s a very nice place to play, and I’ve been doing very well actually. I’m just taking it easy, trying to get a lot of at-bats, and that is what summer league is about mostly.

“I want to focus on getting the strength back in my body that I lost from catching a lot of games this past season. I want to work on consistency at the plate and try to be a better hitter when I come back to Troy. That’s the most important thing about college, is trying to be consistent the whole year.”

Stephens has just completed his junior year at the University of New Orleans, and his goal is to work on increasing velocity and mastering location his senior year.

“This is my first year of summer baseball and the Coastal Plains League is a good league,” said Stephens. “I just got up here Monday, and our coach said I will be a starter mainly but could see some innings in relief also. I threw a bullpen two days ago and felt really good. The coach told me to be ready to pitch any time this week, so I’m looking forward to it. I would like to work on locating my fastball more and work on my off speed pitches, getting batters out and putting up zeros.”

A year ago Denison was named to the New England League First Team as well as an All-Star, and was off to a good start at Troy before his injury.

Avant batted .286 for the Crimson Tide this year and led the team in hits with 66, doubles with 15 and tied for triples with two.