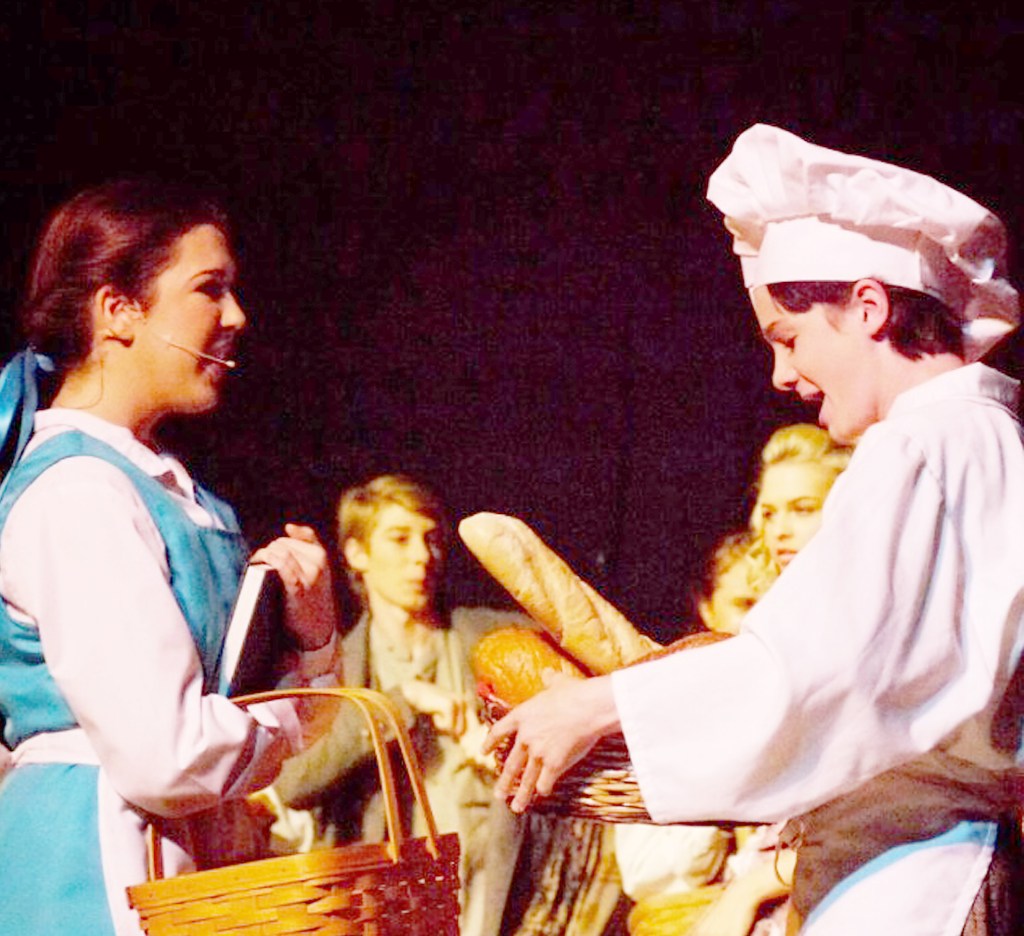 Dalton Causey got his start as a young actor in Brundidge at the Wee Piddle Around Theater. Here he is pictured as the baker in a production of “Beauty and the Beast.”

The name Dalton Causey might not immediately ring a bell among area theatergoers. But the little boy who stole hearts at the We Piddle Around Theater in Brundidge and captured audiences as Jim in “To Kill a Mockingbird” at the Trojan Center Theater is sure to jog memories.

Today, at age 16, Dalton is a seasoned young actor who has played many roles with SEACT (Southeast Alabama Community Theater) and Spark Theater Company both in Dothan.

Spark is a theater school for young people and teenagers in the Wiregrass area that provides them with opportunities to discover and develop their love of acting.

Dalton, laughingly, said he wasn’t sure at first that he had a love of acting.

His first experiences on stage were in performances of Alabama’s Official Folk life Play at the We Piddle Around Theater.

“I heard about the play and thought it might be something to do,” Dalton said. “I found out I liked being on stage and was pretty good at it.”

Dalton fell right into his character, a little boy growing up during the Great Depression era. He surprised even the director when he changed his voice to that of his scolding mama. Perhaps, that was the moment Dalton Causey found the magic of theater.

He attended Summer Spotlight at Troy University a year later. Dalton said he wasn’t “discovered” exactly but his talent was noted.

Dalton was selected to play the role of Jim in Harper Lee’s classic and he was very comfortable in the challenging role. Doors began to open for the young actor.

He landed roles at SEACT and then found a theater home of sorts at Spark. He was the narrator for “The Great Gatsby” and played Peter Pan and actually got to fly and “loved that.”

“I had to go off stage, change costumes and go right back on,” he said. “But it was fun. We took the musical to competition in Guntersville and won ‘Best in Show’ and got 14 awards. It was great being a part of that.”

Last week, Dalton was in “Guys & Dolls” at the Spark Community Theater and is looking forward to the production of “Second Samuel,” which is next on his agenda.

Dalton hasn’t had an opportunity for private professional stage training but he is continuing to receive great training at Spark.

“I’m learning to read music and taking vocal lessons,” he said. “I’ve done some dancing but I don’t think that’s my thing. I like all kinds of plays but I really like musicals best.”

Theater presents many challenges for aspiring young actors and Dalton said he is learning how to “become” the character he is playing.

“Peter Pan took a while for me to get into,” he said. “I watched the movie and read books and, after about three weeks, I became Peter Pan. For me, portraying a character is about how a character walks. You can learn a lot about a character just by the way he walks. And, accents. I like doing accents and I try to perfect any accent I do.”

Dalton’s first stage accent was that of a scolding mother in “Come Home.” He can now speak like a guy from New York or one from the British Isles. Today, whether a little country waif or a suave city slicker, young Dalton Causey is at home on stage. And for him, the bigger the stage, the better.

Dalton will be in the 11th grade at Ariton High School this fall. His future plans are to attend Troy University and prepare for a career in theater, on stage and as a classroom teacher.