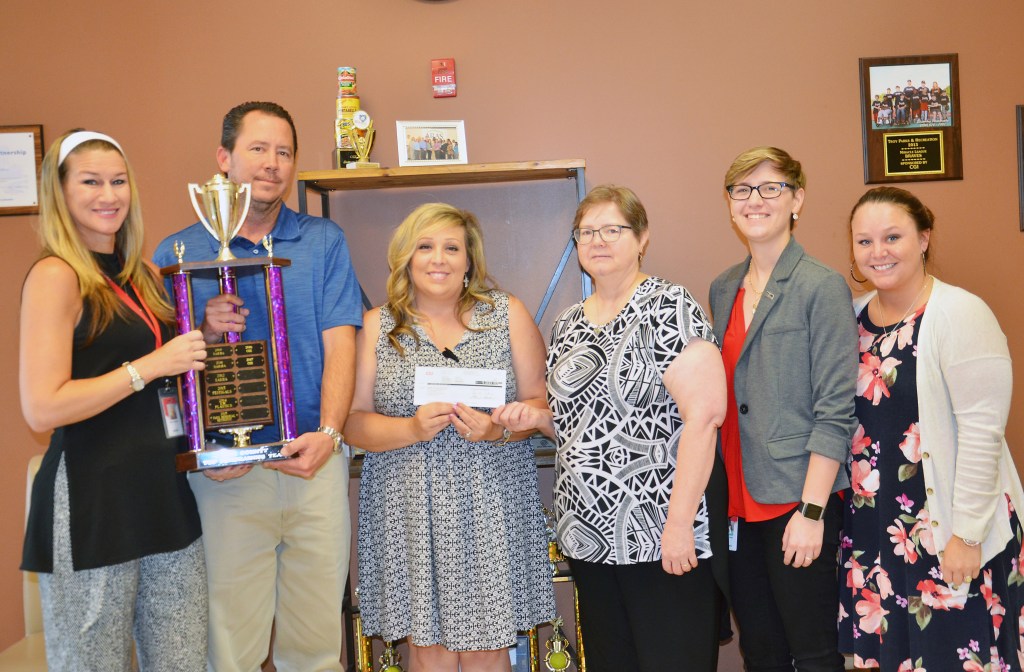 CGI’s Relay for Life Team has climbed into the top spot for the 2017 Pike County Relay for Life fundraising campaign. The team raised more than $21,000 that included the recent corporate donation of $5,000 from CGI.

CGI Troy was also the top fundraiser for the 2016 Pike County Relay for Life campaign with $10,000 raised.

“I just loved watching their team throughout the entire fundraising season,” Windham said. “They seemed to have so much fun and they were creative with their fundraising efforts. It’s always inspiring to see teams get really involved and have fun doing the hard work of fundraising.”

Blair Taylor, CGI community manager and top individual fundraiser for the campaign, said the CGI team’s goal was to raise more money for Relay in 2017 than the year before.

“The more money that is raised, the closer the American Cancer Society is to finding ways to defeat cancer,” Taylor said. “That’s the ultimate goal – winning the battle against cancer.”

On his way to the team’s top fundraising spot, Taylor had to take a pie or two in the face but he also had to opportunity to return the favor.

“We had a lot of fun with our fundraisers and the ‘pie in the face’ was big for us,” said Dawn Carrigan, team co-captain. “We also had a ‘jail for bail’ fundraiser where you could send an employee to jail and he or she would have to stay in jail until bail was raised.”

The way to almost any heart is through the stomach so the team had a cookout, sold cinnamon rolls and sent Valentine Candy Grams on its way to the top fundraising spot.

“It was all in fun and for such a worthwhile cause,” said Megan Greer, fundraiser.  “A lot of CGI employees have been touched by cancer, directly or indirectly. We all know how important it is for cures to be found for the different kinds of cancer. At CGI, we want to do our part.”

In presenting the 2017 Pike County Relay for Life Top Fundraising Team trophy to CGI Troy, Megan Kirkland, ACS representative, congratulated the CGI Relay Team for its outstanding fundraising efforts and its dedication to continue the fight against cancer until the battle is won.

Windham again congratulated CGI as the 2017 Top Relay fundraising team for Pike County and also all the 2017 Pike County Relay for Life teams.

“All the teams are to be congratulated for their part in helping reach and surpass our Pike County Relay for Life goal for 2017,” she said. “And we want to, again, thank our community, which is always so generous in its giving.”