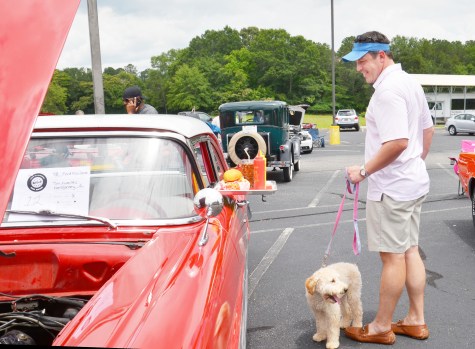 Nearly 50 cars and their owners were on hand Saturday for the 7th annual Best in Alabama Car Show, a fundraiser of the Troy Kiwanis Club to help eliminate tetanus around the world. Above, an attendee takes a look at a car with a model car hop tray attached to the window. 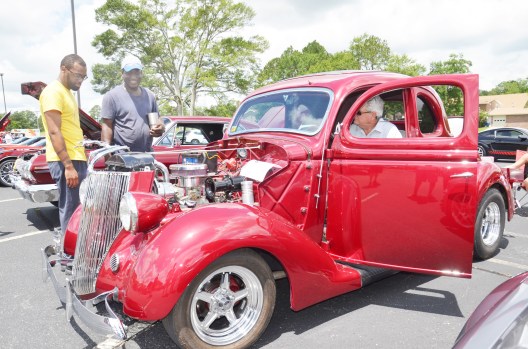 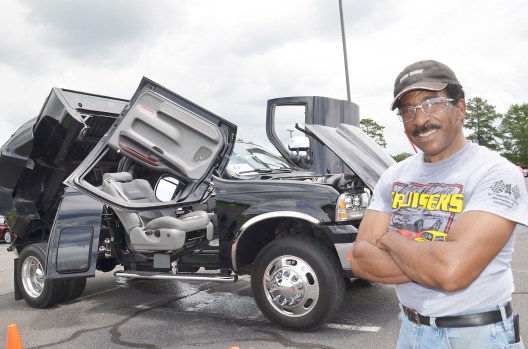 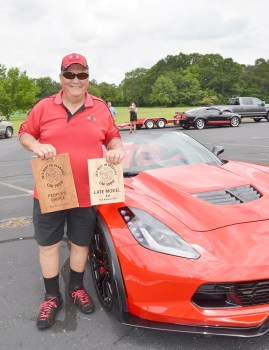 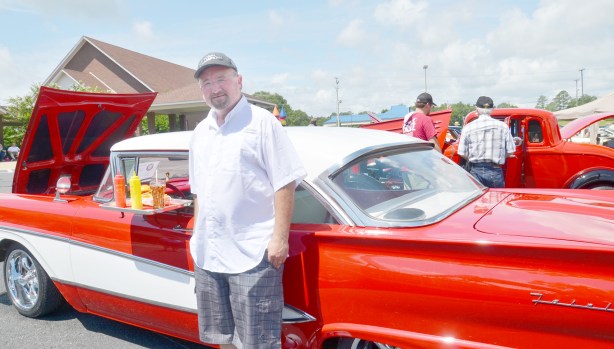 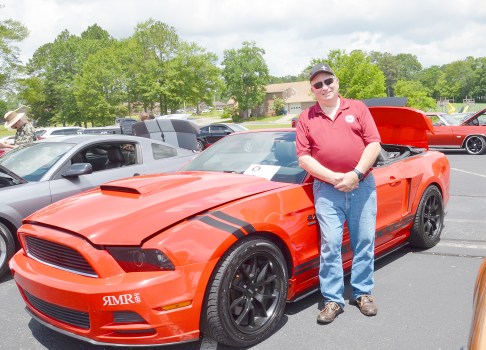 Every car has a story and, each June, the Troy Kiwanis Club offers car owners the opportunity to tell their car stories at the Best in Alabama Car Show.

On Saturday, about 50 car stories were shared many times over at the 7th Annual Best in Alabama Car Show held at Park Memorial United Methodist Church in Troy.

“Tetanus is a worldwide disease with the highest incidence in developing countries where the vaccine is not affordable,” Dawson said. “Tetanus can be fatal for newborns and, if the mothers can be vaccinated, tetanus could almost be eradicated much like polio has been.”

Dawson expressed appreciation to those who entered vehicles in the Best in Alabama Car Show. Their support will go a long way in providing the life-saving tetanus vaccine.

About 30 awards were presented at the show with Ronald Kennedy of Brantley taking the 2017 Best in Alabama Car Show Award with his 1931 Hudson.

Kennedy bought the car in southwest Utah and it was 80 percent restored. He finished the restoration project and said he is well pleased with what has been accomplished in reclaiming the classic vehicle.

In addition to the award winner, Kennedy’s hobby includes 19 other vehicles.

Dawson said vehicles often reflect the personality of their owners and, when they do, there’s the story.

Angel Phelps had a story of two cars to share. One, a 2007 Shelby Mustang that she wanted and then sold in order to purchase something with “more horses.”

“About six months ago, I got this 722 HP Super Snake Mustang from out in Arizona,” Phelps said. “I thought I just had to have it, with all that power.”

All that power just about scared Phelps to death. She quickly realized the Super Snake had more power than she could handle. She wished to have her 2007 Shelby Mustang back in the corral.

On Saturday, her husband, David Phelps, surprised her with a birthday present. He rolled up at the Best in Alabama Car Show with her 2007 Shelby Mustang in tow. As for the Super Snake, Phelps said he could handle the horses.

Originally, the truck was rather ordinary, as ordinary as a $45,000 pickup can be. But that was about a decade ago. Today, the truck, which appears to be from a galaxy far, far away would carry a six-figure tag. Hines probably would “no sale” even for that amount.

“The Bad Dream” has been completely modified.

“Almost every part of the truck has been modified and I’m not done yet,” he said.

The doors of the truck swing out and up, the leather bucket seats swing over and out, the truck bed flips and rolls and a widescreen television has replaced the back window. There are more buttons and gadgets, bells and whistles, on the truck than on a spaceship to the moon.

The truck’s a “trip” to ride, an immediate icebreaker and a continuing conversation piece.

From one vehicle to the other, there was a story to share — Dennis Griffith’s 2014 Red Mustang V6 that is anything but a Plain Jane, Willie Wright’s SS Chevelle that’s not a “principal” kind of car; Ben Smith’s transformed “dumpster,” a car with a picnic in the trunk, another with a coon tail on the rearview mirror and a “Happy Days” throwback with a car hop tray on the door. What about a “Thunder Road” truck with a keg for a tank?

There were dozens of “what abouts” at the 7th Annual Best in Alabama Car Show. Those who participated will be a part of the effort to eliminate tetanus in developing countries and, therefore, help save scores of lives. The Troy Kiwanis Club thanks them.