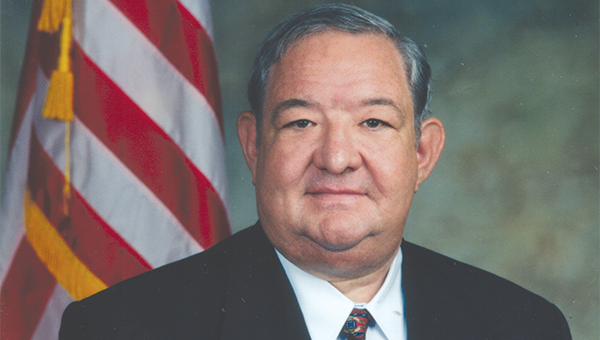 State Rep. Alan Boothe (R – Troy) announced Monday that he will not seek reelection to the District 89 seat he has held since 1998.

“When I entered office almost 20 years ago, my two goals were to attract new businesses and new jobs to my district and to ensure that higher education received its fair share of state funds. I am proud that we have been able to accomplish both objectives, Boothe said. “It’s a bittersweet moment but the time is right. There are other things I want to do, other interests I want to pursue and it’s time for someone else to take the helm. There’s a very bright future, I think, for Pike County and hopefully some of the thing we’ve done will help us to have a much brighter future.” 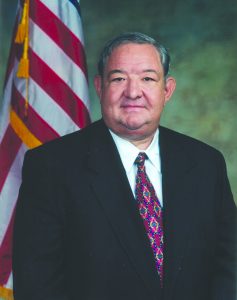 Rep. Alan Boothe, R-Troy, announced Monday that he will not seek re-election.

Boothe also announced that he would be stepping down from his role as chairman of the House Rules Committee so that someone who will be continuing to serve will get some experience.

Boothe will now be serving the remaining year of his term as the House Floor leader, a newly created position that Boothe says will serve as an assistant to House Speaker on the floor.

“I’ll be working with the speaker on both sides of the aisle with Republicans, Democrats and independents to make sure everyone’s legislation gets a fair shot,” Boothe said. “The rules chair consumes your time; the Speaker needs some help on the floor to help working with other 104 representatives.”

Speaker of the House Mac McCutcheon (R – Monrovia) praised the example that Boothe set for other members to follow and noted the positive impact he has had on the body.

“When I was elected Speaker of the House and had to choose a Rules Committee chairman, I looked for someone with great wisdom, valuable experience, and, most importantly, the trust and respect of colleagues on both sides of the aisle. Alan Boothe filled every one of those requirements perfectly,” McCutcheon said. “His big personality and his wise counsel will leave a lasting imprint on the Alabama House, and his legacy will be felt in the chamber for many years to come. I’m grateful he has agreed to serve as our House Floor Leader during the time remaining in his term.”

Now that Boothe is retiring from this office, the only thing he said he is interested in running for now is “the county line.”

Boothe will have served in his role representing Pike and Dale Counties for 20 years once he ends his current term in office, but his service as an elected official stems back 40 years as he served terms as Pike County coroner and on the Troy City Council representing District 3.

Jimmy Lunsford, former Troy mayor, worked with Boothe both as a state representative and as a Troy councilmember.

“Alan is somebody that you can depend on,” Lunsford said. “He’ll make sure you get the right doors opened if you need something done in Montgomery. He can be bullish when he needs to be. He was also a great city councilperson. Alan has done a great job representing Pike and Dale counties, and we’re going to miss him.”

“Alan has been a tremendous friend to the City of Troy and to me and my family personally,” Reeves said. “He’s someone that I’ve leaned on for advice and counsel through the years for numerous things. He’s someone that I hold in vey high regard and appreciate all he’s done for Troy, Pike County and his community. It was a great honor to follow him on the Troy City Council as District 3 representative.”

“Any time that you have someone from the local community in a position of leadership, that’s certainly an advantage,” said Donna Horn, chair of the local Republican Party. “We’re going to miss Alan and the leadership he brought us. We’ll still look to Alan for guidance on certain issues, and we look forward to having a relationship with his replacement.”

In addition to his role as Rules Committee chairman, Boothe has previously served on the House Internal Affairs Committee and the House Ways and Means Education Committee, which drafts budgets for K-12 public schools, community colleges, and public universities across the state.

He and his wife, Ann, live in Troy and are the parents of two grown children, Melissa and Jason.

“Representing the citizens of District 89 in the Alabama State House has been one of the greatest honors of my life, and I will always be grateful for the opportunity they provided me to serve,” Boothe said. “I want to thank my family for supporting me as I have sought to serve District 89 to the best of my ability.”