Mother seeks to leave home where son was killed 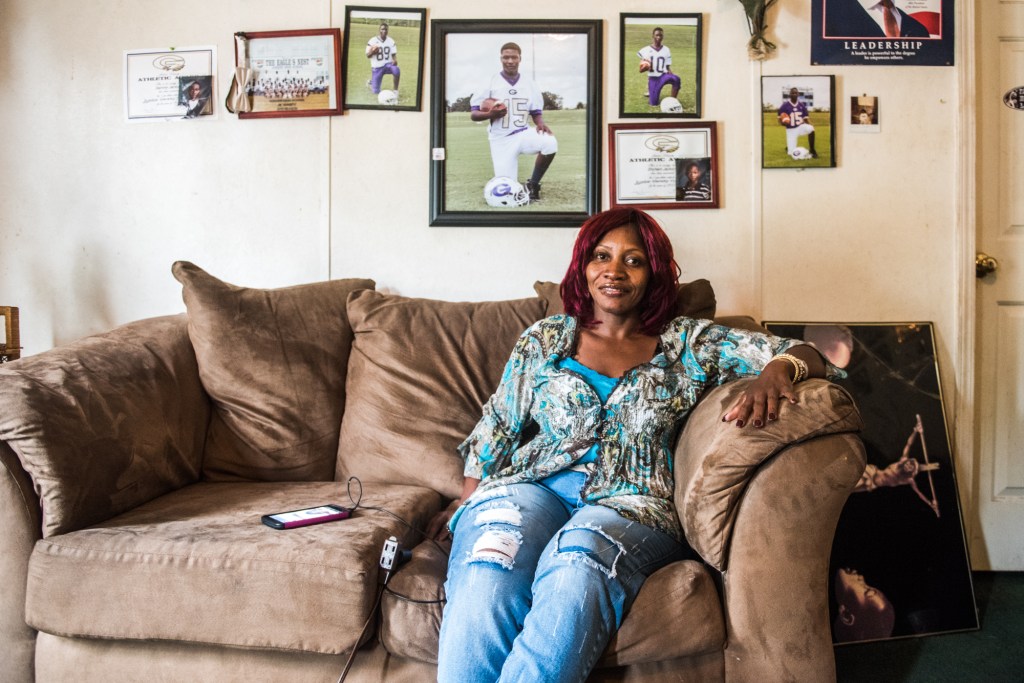 Messenger photo/Jonah Enfinger Carolyn Peterson sits inside the home where her oldest son was killed and her other son shot by her husband. Peterson is hoping to move her family out of the house to move on with their lives.

Carolyn Peterson’s home of 17 years is a daily reminder of the tragedy that struck her family almost four years ago now.

In the early morning hours of November 9, 2013, Peterson’s then-husband Sammy Jackson took a 12-gauge shotgun and killed their 18-year-old son Sammy Deandre Jackson. He then shot their then-16-year-old son Shyhem, who managed to escape through one of the mobile home’s open windows.

Last February, the father was sentenced to life in prison for his actions. At the time, Peterson had said the verdict brought closure.

“I’ve been waiting two and a half years to get up there and say what I wanted to say,” she said. “I feel good about what the judge said … now me and my kids can get on with our lives. We are finally going to close this chapter.”

But a year later, Peterson said she’s still been unable to shake the horror of that day because of waking up daily to the scene of the crime.

“Now that the trial is over, it would be really good to get out of here,” Peterson said. “That way I won’t relive the memories, have to see the spot where my son died at.”

Peterson said her kids were able to go through therapy after the incident, but she has still not been able to get help yet and her children still have trouble with the house continuing to remind them of what happened.

In an attempt to move out of the house, Peterson has set up a bank account where she hopes people may leave some money so that she can have a house built from the ground up. Peterson said her goal is to raise $20,000 to $30,000 to build a modest home.

“It would really help us get out of this place and start over and remember good times that we had,” she said. “We’re really trying to get up out of here and move on with our lives.”

Peterson said those who would be willing to donate can take the money to Wells Fargo and make a bank deposit to account number 8550485869.