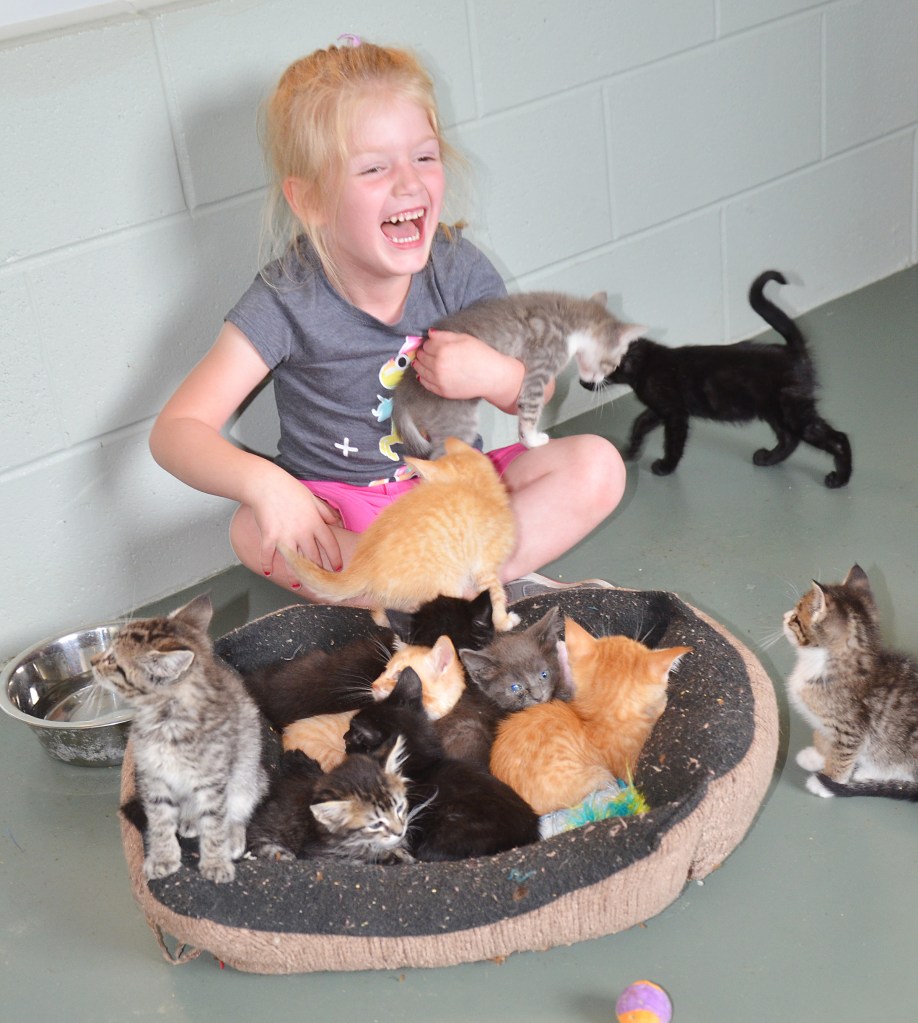 The condos for kittens were a long time in coming to the Pike Animal Shelter in Troy but, once they arrived Thursday, they were immediately occupied.

The eight cages had to be assembled and that took a while but together, Donna Brockmann and Joann Echols, members of the Human Society of Pike County, got the job done.

“We had been anxiously awaiting these kitty condos because they were greatly needed,” said Brockman, HSPC president. “The Troy Animal Shelter has a large number of kittens, actually, we had about 46 kittens that were ready to occupy the condos as soon as they were assembled. And, that’s just the kittens. The adult cats are in another room at the shelter.”

Brockmann said the number of “adoptable” kittens and cats at the shelter is a good indication as to the importance of having cats spayed or neutered.

“If you wonder, why spay or neuter, this is the reason,” Brockman said.

The members of the HSPC realized the need for cages for kittens at the Troy Animal Shelter and donated the funds necessary to purchase the cages.

“These kittens need a place where they can exercise and just be kittens,” Brockmann said. “We are excited to be able to provide the cages for the shelter and greatly appreciate the opportunity to support the good work that is being done at the shelter.

“The shelter has cute kittens that would make wonderful pets. So, we encourage those who would like to give a kitten a forever home to visit the Troy Animal Shelter. You’ll fall in love with these kittens.”

However, spay/neuter is the only true solution to pet overpopulation. Adoptions and fostering can’t keep up with this ever-growing number, Brockmann said.

The HSPC’s spay/neuter program is underway and will continue until the allocated $20,000 has been exhausted.

Any citizen of Pike County and students at Troy University are eligible to participate.

The Humane Society of Pike County will pay $50 toward each procedure that is done through its spay/neuter program.

Brockmann said there are not enough people on the planet to love all the animals that are currently alive.

“Countless numbers of dogs and cats are neglected, abandoned and abused,” she said. “To see an animal that has been mistreated is heartbreaking. By having dogs and cats spayed and neutered, we can stop so much of this hurting.”