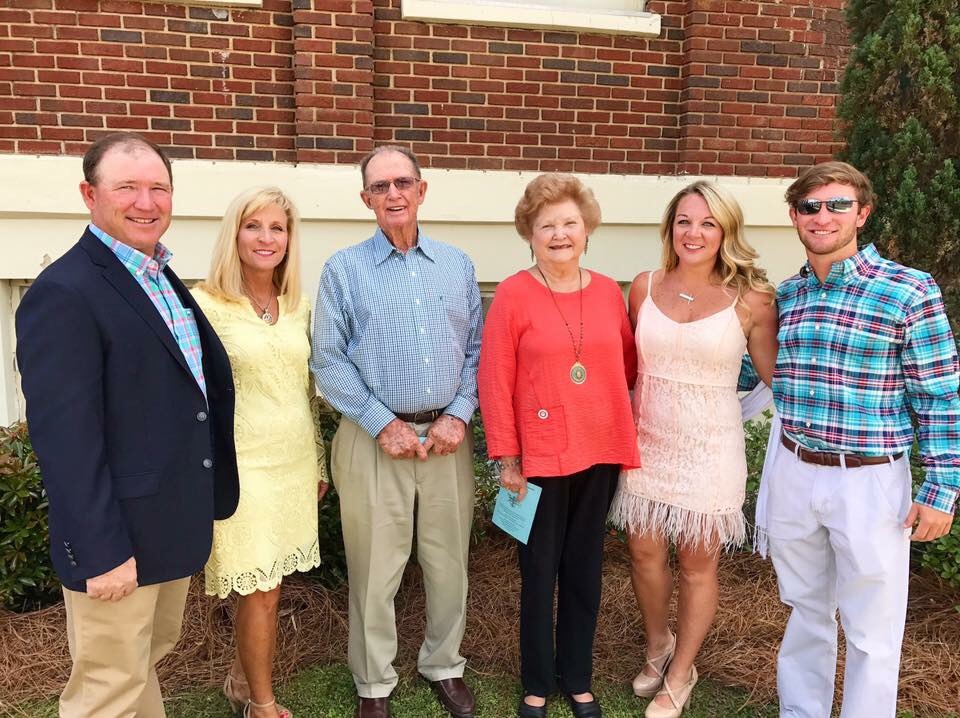 Friends remembered Betty Hixon, third from right, as a woman who made her faith and her family a priority. She also played a key role in the founding of PLAS and the PIke County Cattlewomen’s Association.

If it were possible to poll all of the people whose lives have been touched so wonderfully by Betty Hixon, their responses would be much the same as that of Tammy Powell, a longtime friend.

Hixon’s death on Thursday brought sadness to all of those who have known her as a member of her closely-knit family, to the hundreds of students she taught and to the extended community that embraced her.

“Betty was always uplifting,” Powell said. “She promoted life and, by that, I mean she wanted everyone to enjoy the things in life that really matter. She was a great lover of her God, her family and her church. She loved art and music and she shared that love with those around her. There are no words to say how much Betty was loved and how much she will be missed by so many.”

Hixon was a member of the original faculty at Pike Liberal Arts School and also an original Foundation member. She was held in high esteem and with great respect by her fellow faculty members and the students, as well, said Allene Locklar, who taught with Hixon for 15-plus years. Hixon taught history and English at PLAS and was a “wonderful and inspiring teacher,” Locklar said.

“Betty was ‘old school’ in thought,” Locklar said. “When students left Betty’s classroom, they were ready for the next level. She had high expectations for her students and was willing to do whatever she could to help them achieve on the academic level and on a personal level. Betty was highly respected by her peers, the students and their parents, by everyone who knew her.

Locklar said Hixon might best be described as a “Southern Belle.”

“Betty loved music and she was very talented. She had a beautiful singing voice and could play several instruments. She was a true lady in every way and she will be missed in every way.”

Hixon was not just a member of her church and community organizations. She was a doer.

She was a longtime member of the choir of Brundidge United Methodist Church. As sopranos, she and Nellie Sue Helms sat next to each other in the choir loft for years.

“Betty has a beautifully sweet singing voice,” Helms said. “And, she knew more about music than most of us. Our choir director would often ask, ‘Betty, what do you think of this?’ She knew music and willingly shared her talent for God’s glory.”

Although Helms appreciated Hixon’s musical talent, she admired her most as a mother.

Helms said Hixon was a friend and an encourager and those sentiments were echoed by Linda Thrash, who worked side-by-side Hixon as a member of the Brundidge Study Club for many years.

“Betty might have been a charter member but, if not, she was one of the first members,” Thrash said. “She undertook every office in the club from the president down. She was an active and dedicated member, but then Betty was dedicated to anything that she undertook from being the president of the Study Club to working the concession stand at ball games.  She was just that way. Whatever she did, she did whole-heartedly

Hixon was a member of the Pike County Cattlewomen’s Association since its inception.

“Back then, it was called the Cowbells,” Powell said. “Betty served our Cattlewomen’s Association as chapter president and she was also the president of the Alabama Cattlewomen’s Association. She was very active in promoting the beef cattle industry and all of the youth activities that go along with it. She believed in hard work and passed that along to young people with the knowledge that great gains come from hard work.

“All of the good that Betty did will live on through the many she influenced, young and old, over the years,” Powell said. “Her influence will continue in many different ways.”

The Rev. Ed Shirley, pastor of BUMC, said Hixon’s concern was always for others.  “Even if she was not feeling well, she didn’t acknowledge that,” Shirley said. “She always wanted to know how everybody else was doing. Betty was faithful to her church. She was an encourager. She has a strong spirit and a sweet, smiling face that will be greatly missed and long remembered at our church.”