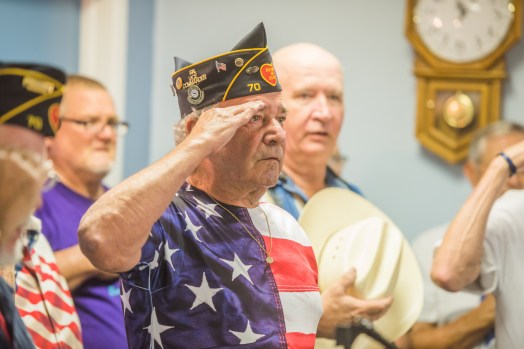 Messenger Photo/Jonah Enfinger Pictured above is Ray Wheeler, senior vice commander of the Post 70, as he salutes the flag at the opening of the service. 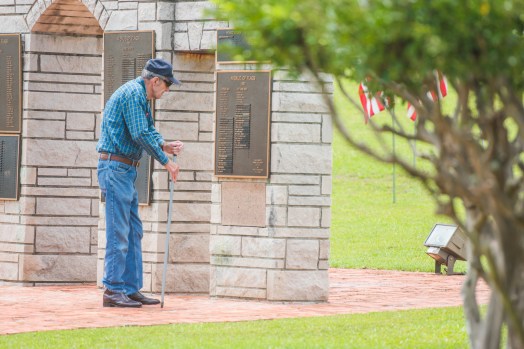 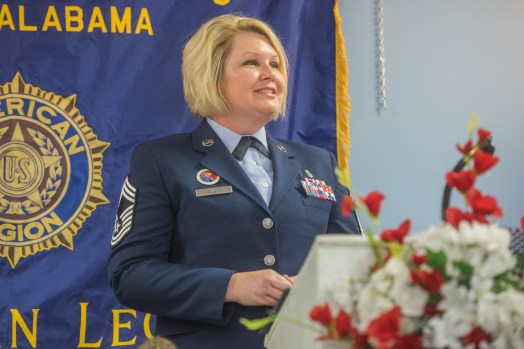 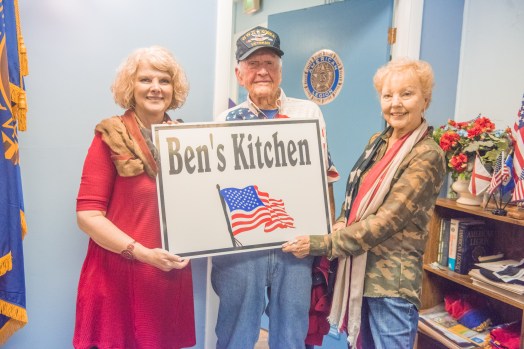 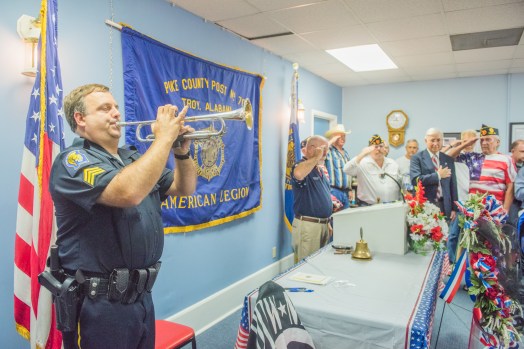 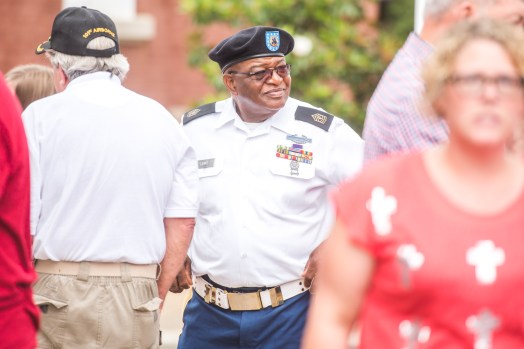 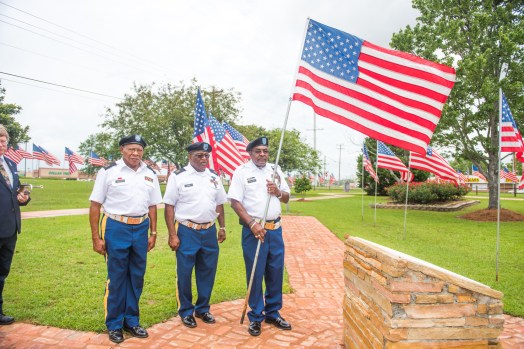 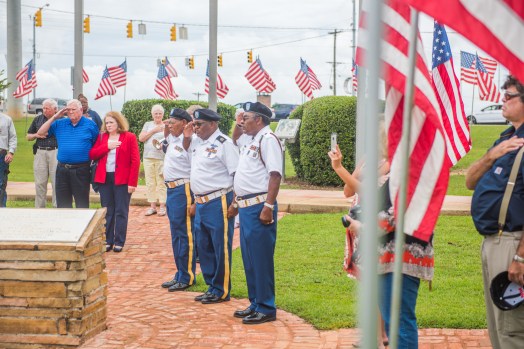 “For many people, Memorial Day is the start of a holiday or a time to head to the beach,” said Randy Ross, Pike County veteran affairs officer. “They’re only there because some people gave the ultimate sacrifice to give them that freedom.”

Not everyone headed out to the beach though for the holiday weekend: over one hundred local residents packed out the American Legion Post 70 building to participate in the post’s Memorial Day service Monday.

The threat of rain may have forced the ceremony inside, but it did not dampen the resolve of those who attended from coming and honoring the men and women that have died for their country.

The program featured local bands from Charles Henderson High School and Pike Liberal Arts School as well as the CHHS junior ROTC. The PLAS band performed a medley of patriotic songs, starting with a blend of taps and “America the Beautiful” and ending with “God Bless the U.S.A.”

Chief Master Sgt. Emily Shade of the U.S. Air Force was called on as the ceremony’s guest speaker.

“What makes this day so special are the characteristics engrained into us by the military,” Shade said. “So how does a mother teach her 6-year-old son about the importance of Memorial Day?”

Shade used the example of a recent incident involving her son, Campbell, and how it taught him three characteristics exemplified by three different soldiers that were killed in three different eras of U.S. wars.

“My son’s friend Landon told him in class to say the ‘f word’ and even did a pinky swears,” Shade said. “And then Landon said it, so of course Campbell says it and then Landon immediately tells the teacher… Campbell learned about trustworthiness that day.”

Shade then went into a story about Archibald Mathies, a gunner on a B17 that defied direct orders to abandon a plane he was helping to fly after the pilot was incapacitated and the copilot killed. Untrained in flying a plane, Mathies managed to circle the plane around the runway for most of the remaining crew to abandon before making his best attempt to land and losing his life in the process.

Etchberger, Shade said, demonstrated conviction by sacrificing his life to sit on a high cliff and make sure four members of the Air Force were rescued during a battle in Laos.

Chapman was left for dead in Afghanistan but rose to kill two more members of the Taliban before passing away.

The names of those lost from Pike County from World War I to Operation Iraqi Freedom were then read in solemn remembrance of their sacrifice.

Andress, who passed away at the age of 82 this January, was a familiar face around the legion and a charter member of Charlie’s Angels, a veteran group that serves the community through charity and assisting in military-related events.

The legion’s kitchen was officially donned “Ben’s Kitchen” Monday in his honor, as he was known as an excellent cook.