A TIME TO REMEMBER: Those who gave ultimate sacrifice memorialized 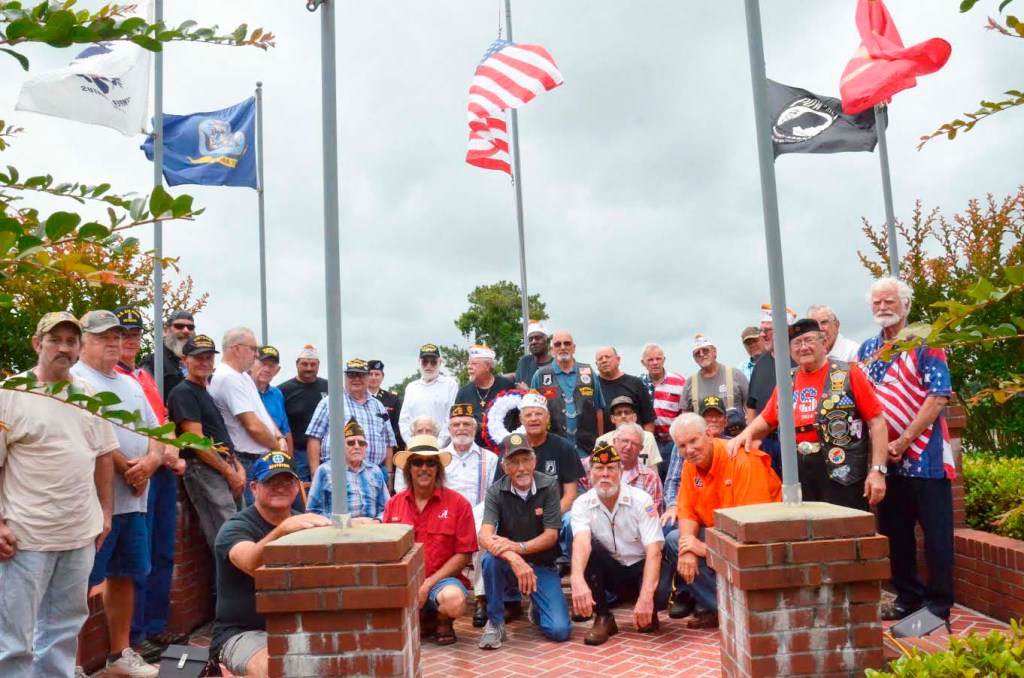 American Flags were flying on Main Street in Brundidge on Memorial Day. The front lawn of Brundidge United Methodist Church was lined with flag-topped white crosses bearing the names of deceased veterans of the church. At Salem Baptist Church, the chimes played patriotic music, and just across the street, members of VFW Post 7055 placed a memorial wreath at the base of the Veterans Memorial as the city paused to remember those who lost their lives while in service to their country and their fellowmen.

A short while later, VFW Post 7055 hosted a Service of Remembrance at the post home in Brundidge.

“The purpose of this event was to remember and acknowledge those from our community who lost their lives in service to their country and also to recognized the members of our community who have served so valiantly but are no longer with us,” said Neal Thrasher, Post adjutant. “We also wanted to recognize and thank all veterans whose photographs have been placed on our ‘Wall of Honor,’ which is an ongoing project.”

Although no one will ever know the depth of their service, Thrasher said it is important for their community to express, with great depth, its appreciation for their sacrifices for their country and for the continuing freedoms that we enjoy today.

At 11 a.m. VFW Post 7055 hosted a Memorial Day Service at Elam Cemetery at Elam Baptist Church in Elamville.  The Veterans Memorial overlooks the church cemetery, which is the final resting place of more than 50 area veterans.

Pankey said Memorial Day is not a time to recognize the honored service of those who have answered their country’s call. It is a special time to honor the sacrifices – to honor and remember the fallen brothers and sisters who have given their all.

“Decoration Day was the practice of placing flowers on the graves to honor and remember those whose lives were lost during the Civil War, 600,000 of them,” Pankey said.

Today, the number has climbed to 1.3 million who were called to service and paid the ultimate price, she said. Those men and women died for something greater than themselves – a country where freedom rings. “Memorial Day is a time to remember our honored dead.”

Pankey called the name of PFC. Johnny Brown of Troy whose life was lost while serving in the Gulf War, a reminder that men and women are still in harm’s way in defense of freedom around the world and on the home front.

“They give a blank check payable up to the ultimate sacrifice,” she said. “We must honor the fallen and keep their memories alive.

Pankey closed with John 15:13: “Greater love hath no man than this, that a man lay down his life for his friends.”

The service closed with the singing of “Amazing Grace” and a 21 Gun Salute.