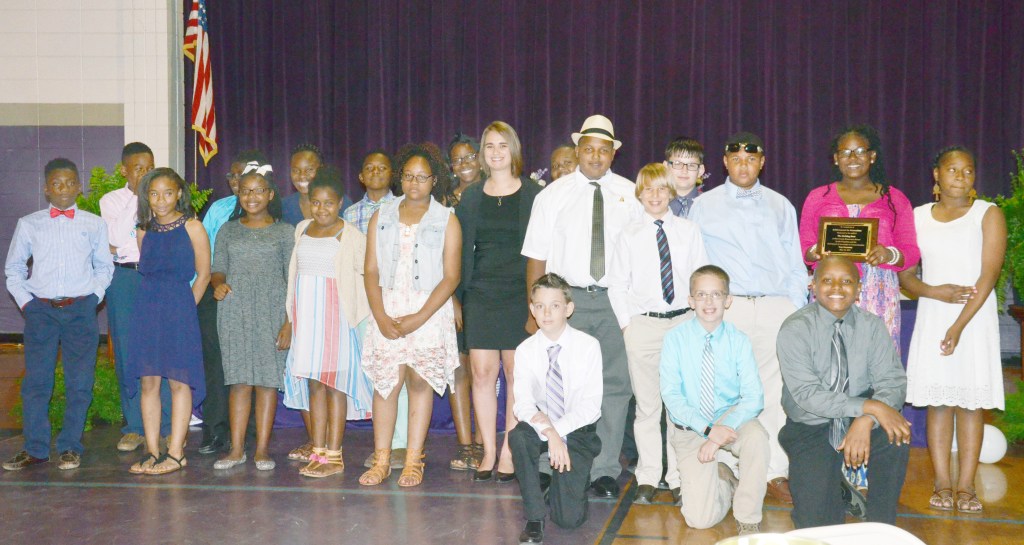 The Bulldog Beat Banquet at Pike County Elementary School Wednesday night honored the 24 fifth- and sixth-grade students who staffed the school’s student newspaper during the 2016-2017 school year. The Bulldog Beat was the first student publication at PCES in many years

Vice Principal Rodney Drish brought the idea for a student newspaper to Principal Traci Arnold who was “all in” and the idea met the approval of the Dr. Mark Bazzell, superintendent of Pike County Schools. The students who were selected to staff the Bulldog Beat took the initiative and ran with it.

“I could not be any prouder of this group of students than I am,” Drish said. “They are talented; they are creative and they were dedicated to the idea. We gave them a chance and they took full advantage of it.”

Drish said, from the beginning, the school administration, the teachers and the student body were behind the idea of a student-run, school newspaper.

“Not just behind the idea but excited about it,” he said. “And, we got the same support and excitement from our parents and the community.”

“Steve Stewart, assistant professor of multi-media journalism, was instrumental in getting our student newspaper staff the opportunity to visit the Troy University Journalism Department and with the staff of The Tropolitan. They got to see how a newspaper is put together, to learn something about writing and editing and photography and about advertising. It was a tremendous learning experience for them.”

“They started with us in the fall and helped us get out the first edition of the Bulldog Beat and they’ve worked with us throughout the year,” he said. “We were pleased and excited about our fall edition that included all of the events at PCES and also some events at Pike County High School. We are even more pleased and excited about our spring edition. It shows great improvement and includes new ideas, the comics being one.”

Drish said the foundation has been laid and the fifth-grade members of this year’s student newspaper will set the bar even higher for next year’s editions.