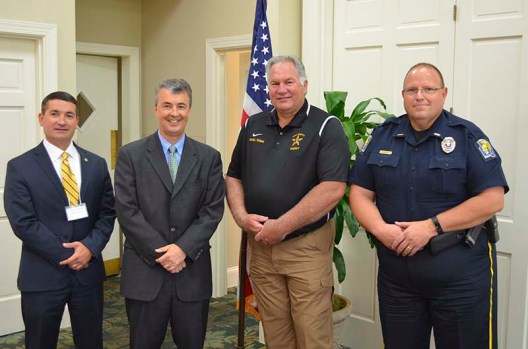 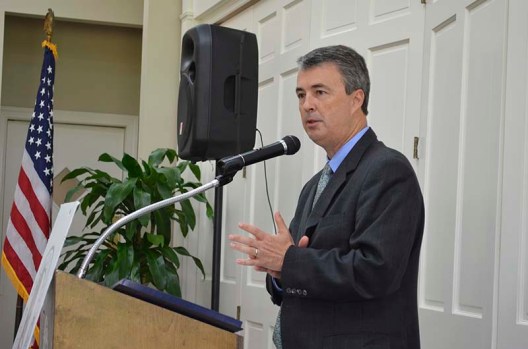 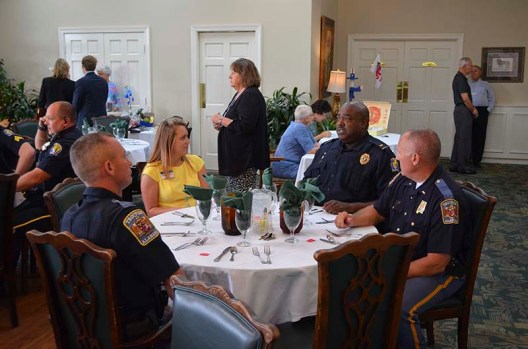 “Unlike anyone else, you’re asked to run towards danger when everyone else is running away from it, and you do it willingly.”

Marshall, who was recently called upon to replace Luther Strange as the State’s attorney general, was the featured speaker at the luncheon, but the honored guests were officers from the local police and sheriff’s departments.

Marshall tailored his message towards the jobs law enforcement officers do day in and day out in service of the community and its citizens.

“As someone who has worked with law enforcement officers for over 20 years as a prosecutor, someone who has fought battles with them in the court room, been with them late at night and early in the morning– they have to deal with the most difficult problems society grants,” Marshall said. “Many would ask why in the world are they willing to do it?

Marshall said officers also get to experience their work leaving a lasting legacy beyond that day.

“Something happened to me once that doesn’t normally happen,” Marshall said. “She came up to me and thanked me for arresting her and prosecuting her. She said if I hadn’t arrested her she would never have gotten (to Celebrate Recovery, a faith-based addiction recovery program), and if she had never gotten here, she would have never known (Jesus Christ).”

Marshall then talked about the recent fallen officer memorial ceremony and about the ultimate sacrifice that officers put on the line every day.

“When they leave to go to work, there’s no promise they’re going to come back home to their families,” Marshall said. “If I’m being honest, I don’t know if I could do that…

“These are remarkable attributes– these officers don’t know race or gender, they don’t care where you’re from… There’s a memorial outside my window to fallen officers with the verse ‘Greater love has no man than this, that he lay down his life for his friends.’ And officers sometimes even lay down their life for strangers.”