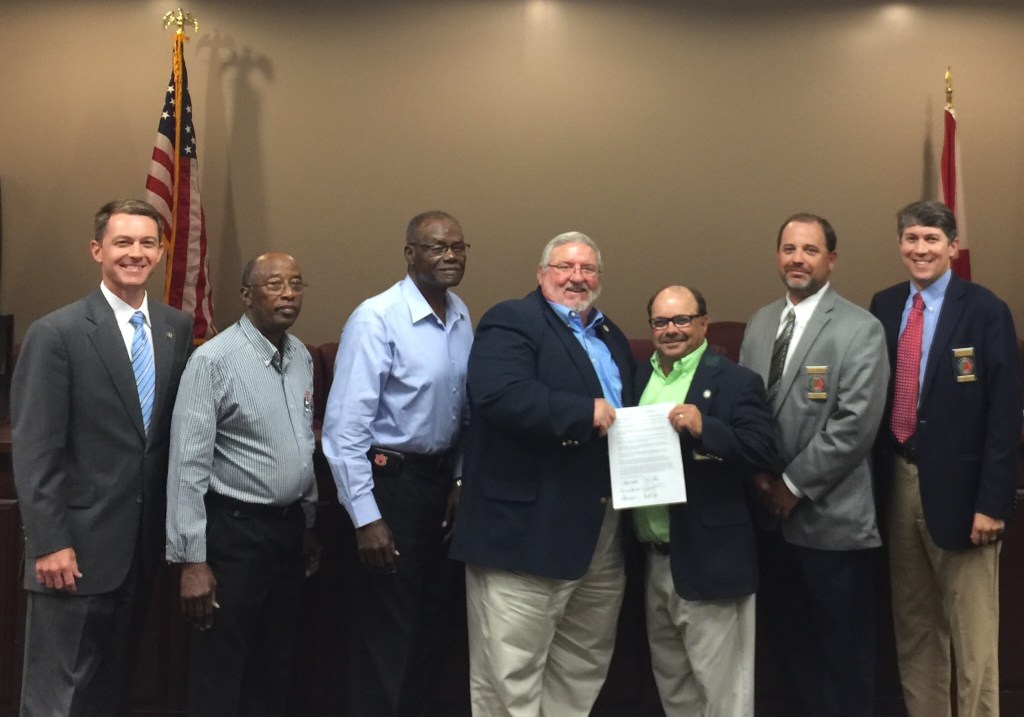 Allen said the variety of mental disorders makes mental illness the most prevalent disease in the country, and people need to be informed about it.

“People need to know that it’s real and they need to know when certain behaviors are potentially signs of mental illness,” Allen said. “Early detection is extremely important because the sooner you know, the better chance there is of protecting the brain from future damage.”

The commission unanimously voted to make the proclamation. The proclamation encourages “citizens, government agencies, public and private institutions, businesses and schools to recommit our community to increasing awareness and understanding of mental illness and the need fro appropriate and accessible services for all people with mental illnesses.”

“We’re so proud of Harry and all he does for us,” said Robin Sullivan, commission chairman.

Jeanna Barnes, EMA director, and Chris Dozier, 911 director, updated the commission on the status of the new Smart-911 and Rave alerts systems stating that they’re now live and they expect to begin rolling it out to the public in June.

The commission voted 5-1 to look into outsourcing its right-of-way mowing to see if the county could save money by having it done by an outside source.

This isn’t to obligate us to this, but to put out quotes to see if a contractor can do it cheaper than we can,” said Chad Copeland, District 4 commissioner.

The next meeting of the Pike County Commission will be held Monday, June 12.

The commission meets upstairs in the Pike County Health Department.

The work session will begin at 5:15 p.m. followed by the business meeting at 6 p.m.