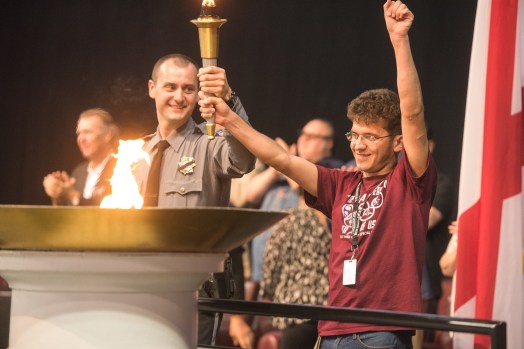 Messenger photo/Jonah Enfinger Troy University opened it’s 11th Special Olympics Alabama State Games Friday, beginning with the entrance of the teams and the lighting of the torch by ahtlete of the year David Hodges (above right) and Dep. Cody Locke of the Madison County Sheriff’s Office (above left). 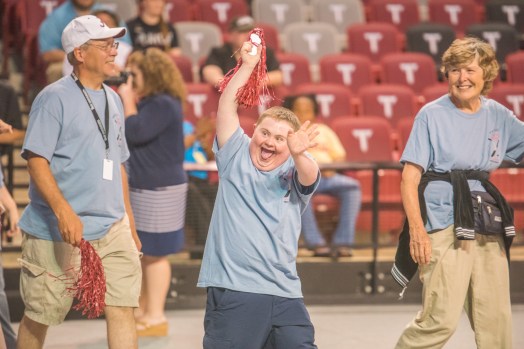 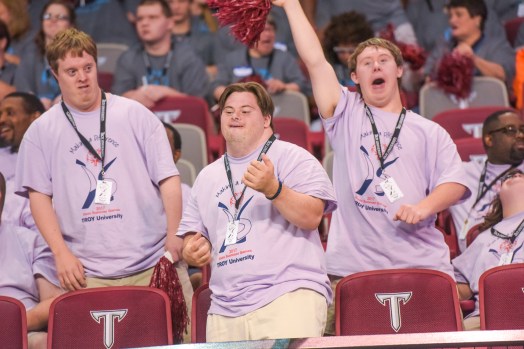 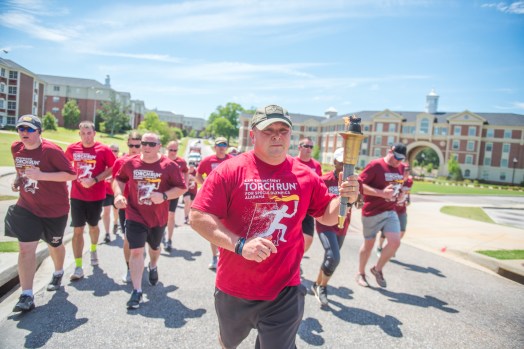 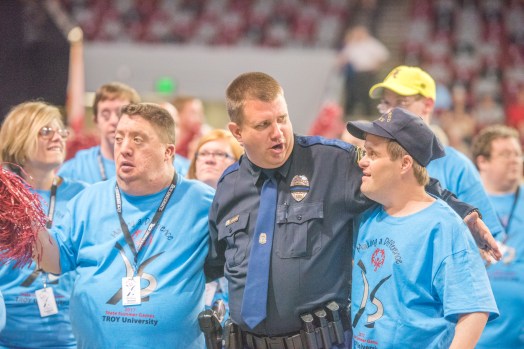 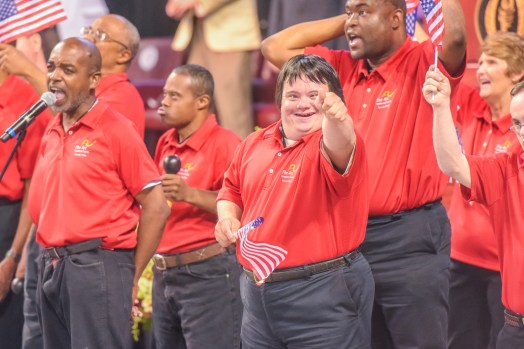 Messenger photo/Jonah Enfinger The 2017 Special Olympics Alabama State Games came to a close Saturday after a full slate of competitions in the morning and afternoon and a big celebration to end the night. Above, a member of the Sound of Joy band gives a big thumbs up. 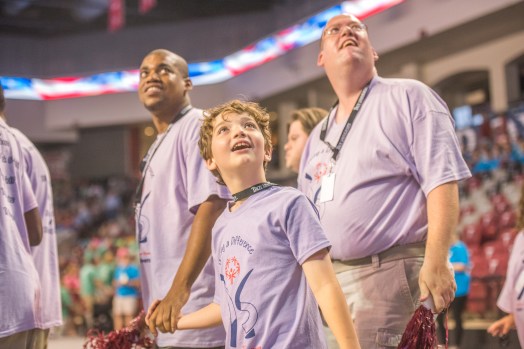 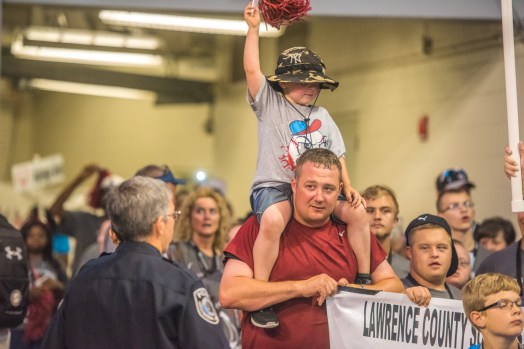 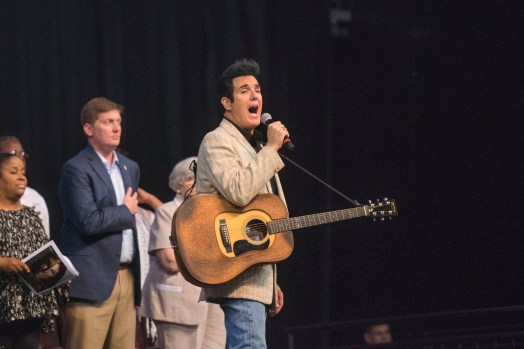 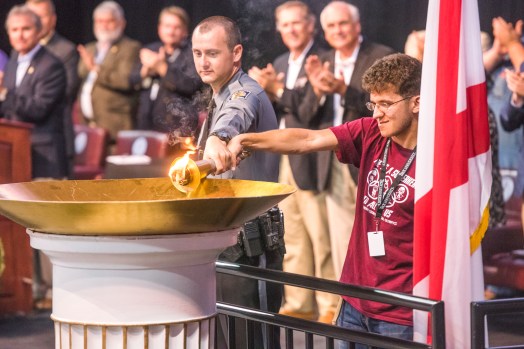 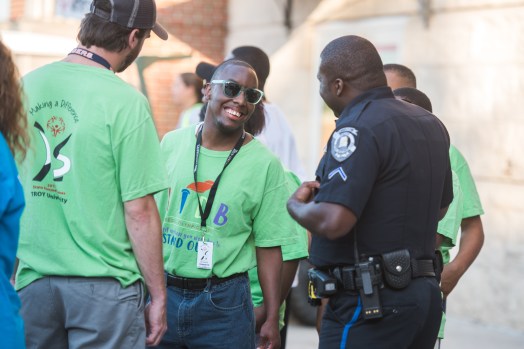 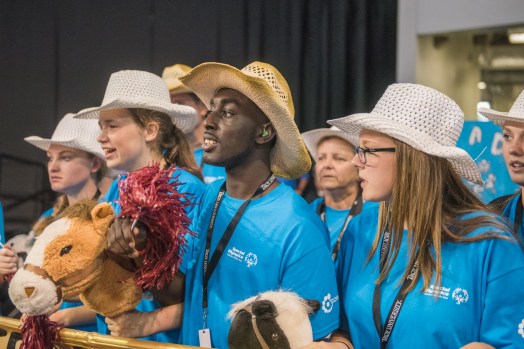 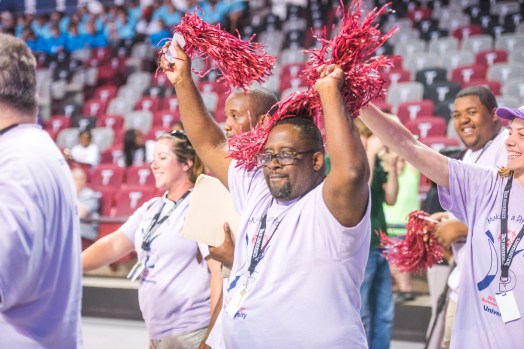 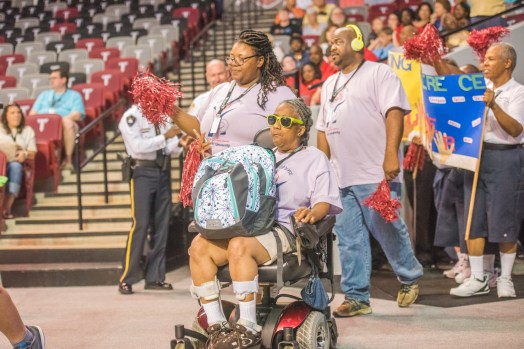 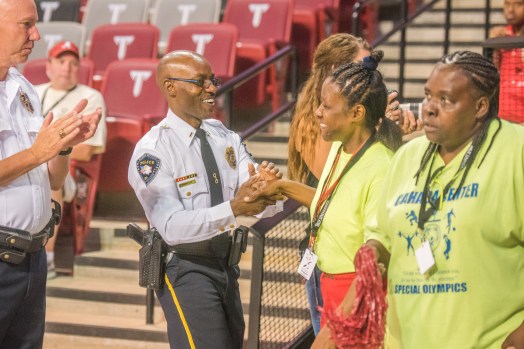 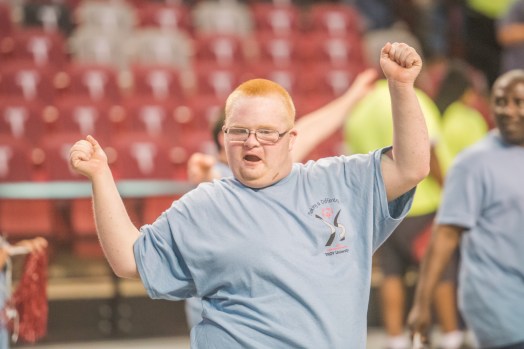 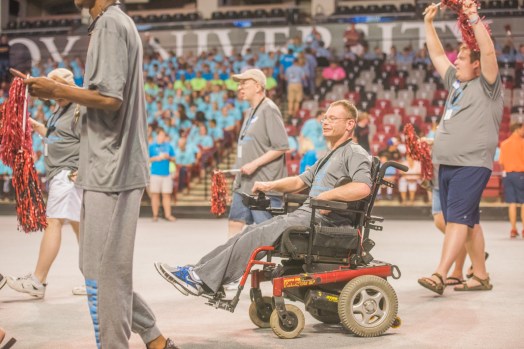 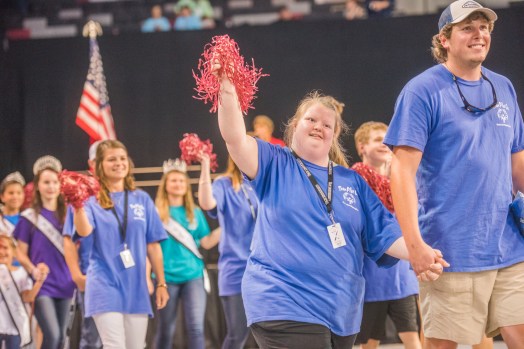 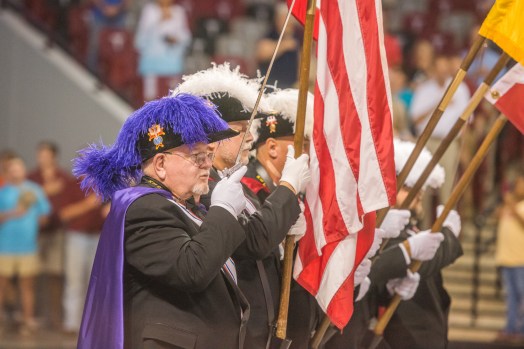 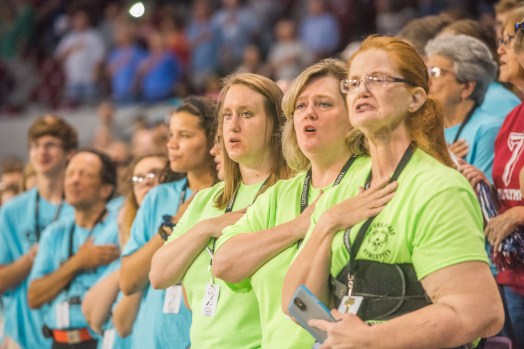 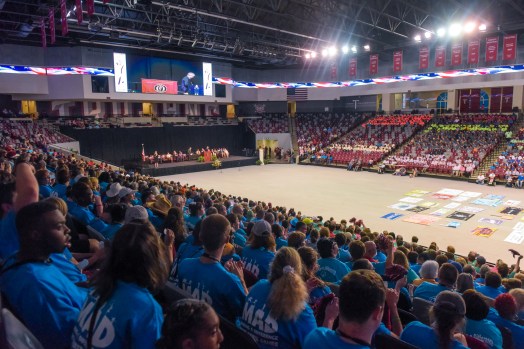 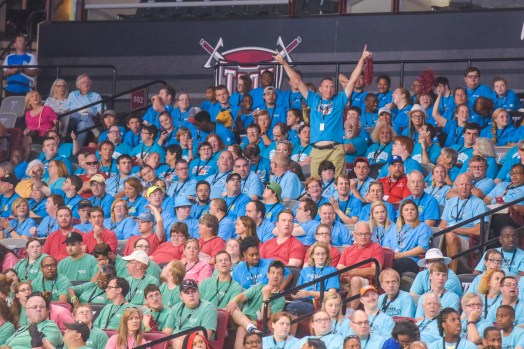 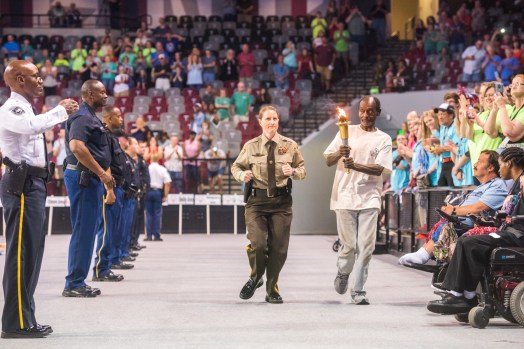 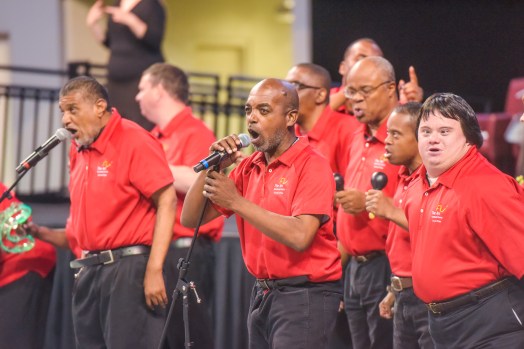 Over 1,000 Olympic athletes arrived in Troy Friday for the start of the Special Olympic Alabama State Games.

The day got started with the arrival of law enforcement officers from across the state making their way to Troy with the “Flame of Hope.”

Alabama Law Enforcement Torch Run coordinator Debbie Sumerall said the torch run began in Kansas in 1986 when officers realized nobody was carrying the eternal flame. “It spread from there,” she said.

Two teams started the run Thursday– one in Huntsville and one in Irondale– and then met in Gardendale before ending the day in Birmingham. The run picked up Friday in Pelham and made a stop in Montgomery before heading to the Troy Police Department for the final leg.

“It’s an honor to be a part of this special event,” said Troy Police Chief Randall Barr. The group then made it’s way up South Brundidge Street and down University Avenue.

A few hours later at the opening ceremonies, athlete of the year David Hodges and Dep. Cody Locke of the Madison County Sheriff’s Office together lit the massive torch to mark the start of the games.

“It’s an honor,” said Hodges, a swimmer out of Gadsden. “It’s my first time carrying the torch so I’m excited.”

“I’m excited just to be seeing the faces,” Locke said. “I’ve been involved with the Special Olympics for over 3 years but this is my first time carrying the torch out. It’s a great privilege.”

Teams from all over the state had proudly made their entrances to the games just prior to the torch being brought in, carrying their banners and dancing and giving thumbs ups to the crowd.

Elvis tribute artist Scot Bruce also returned to sing the National Anthem Friday and will be performing for the “Victory Dance” concert Saturday night in Trojan Arena after closing ceremonies.

“What an honor it is to be invited back here to celebrate your victories and the music Elvis left us,” Bruce said.

The crowd of athletes that had gathered had a bit of extra cheer when Scot took the microphone.

Bruce wasn’t the only entertainment for the night though.

The “Sound of Joy” band made entirely of special musicians performed “Old Time Rock and Roll,” “Lean on Me,” and “God Bless the USA.”

The games get started this morning at 9 a.m. with several different sports and games across a variety of locations.

The Troy recreation Center will host aquatics and gymnastics.

The Pike County Cattlemen’s Arena will hold the equestrian games.

The golf tournament will be played at the Troy Country Club while the golf skills challenge will take place at the Troy University Golf Course.

Cycling will be held on the Peanut Festival Grounds and bowling at the Brunswick Zone.

The final event of the games will be an exhibition baseball game beginning at 7:30 a.m. at Riddle Pace Field.

This is the 11th annual state games to be held at Troy University.