AND THE WINNERS ARE: Local 4-H students compete for top prizes 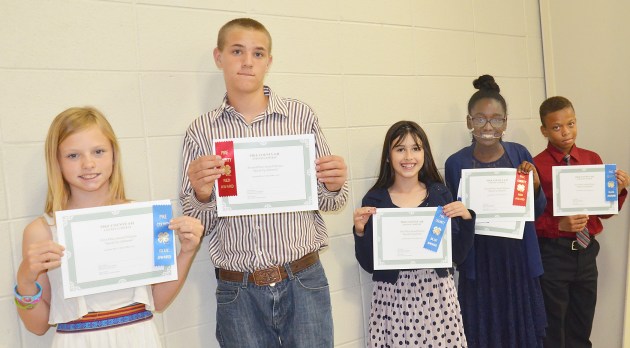 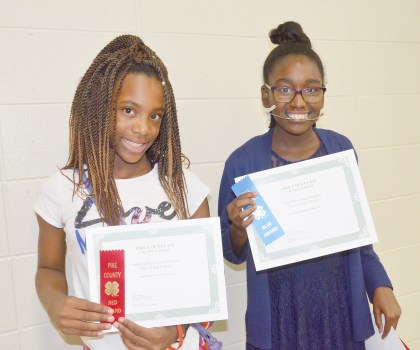 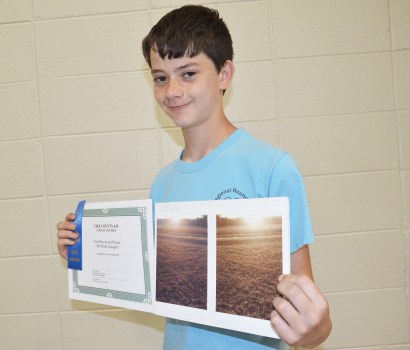 Clifton Culpepper won the Intermediate Division of “The World I See” photography competition. 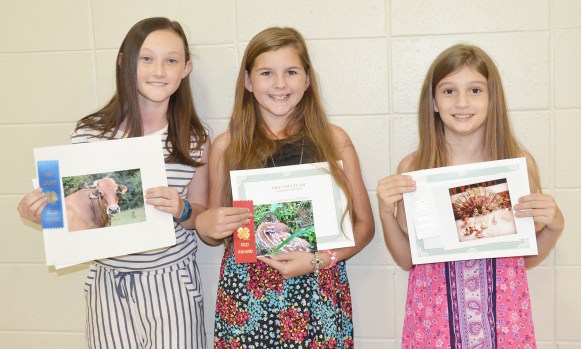 “The World I See” Photography winners in the junior division were, from left, Charlee Sanders, first; Jaci Rusing, second; and Brenna Sanders, third. 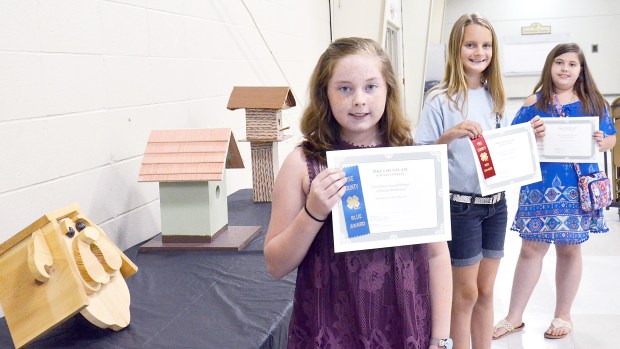 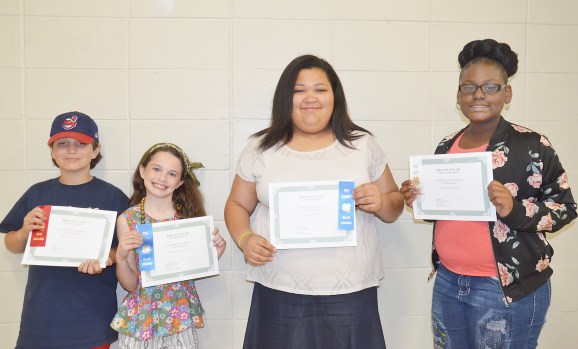 Sometimes, when waiting for the results of a competition, the tension is so thick it could be cut with a knife.

No so with the Pike County 4-H Competition at Cattleman Park.

The 4-H’ers were in friendly competition and that spirit of good sportsmanship was contagious.

“They all want to win but, if they don’t they’re happy for the ones that do,” said Emily Rolling, Pike County 4-H agent. “We have a great group of kids and they have all done their best. It’s often said that everyone in a competition is a winner and I can honestly say that is true for these 4-H’ers. They’ve worked hard. They are competitors and they are winners.”

“We have kids that have participated in 4-H competitions before and those that were competing for the first time,” Rolling said. “I was very excited to have a large group of 4-H’ers to participate in public speaking. Sometimes it’s not easy to encourage 4-H’ers, — any kids — to stand and speak before an audience. Last year, Amber Shirley was the only Pike County 4-H’er to compete in public speaking and she went on to win the state competition.  We had a good group and they did a good job. It’s great to see growing interest in public speaking.”

Another reason Rolling had to be excited was participation in the storytelling competition.

“This was a first and the kids did really well,” she said. “Once they started throwing out ideas for stories they became really excited. They are already looking forward to next year and are coming up with ideas for stories.”

Rolling said the $15 Challenge is another competition with growing interest.

“The 4-H’ers have to come up with an outfit from a thrift store or a bargain store that costs $15 or less,” she said. “They have to be able to talk about their outfit before a panel of judges. They had great outfits and they were all surprised at the bargains that can be found at thrift stores.”

“The 4-H’ers did their best with their projects and the best is all anyone can do,” Rolling said. “Each one is to be congratulated. We look forward to having our first- and second-place winners compete at the 4-H Regional Competition at Troy University June 8 and 9.

“This is a unique opportunity for the kids to meet 4-H’ers from about 10 other counties, to see the university campus and to compete in a friendly atmosphere. I’m excited and proud for our kids.”