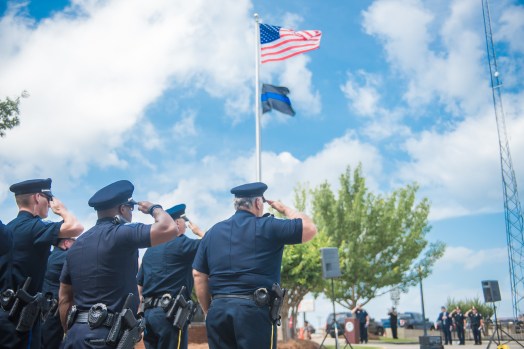 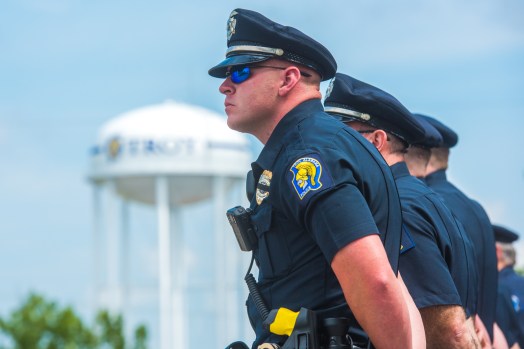 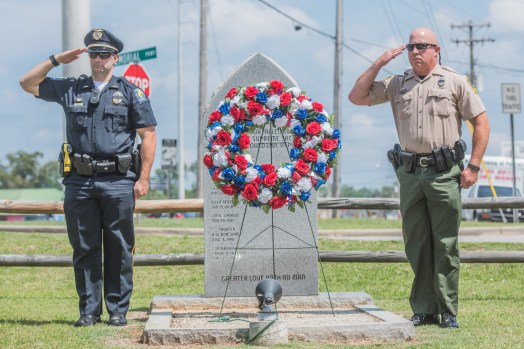 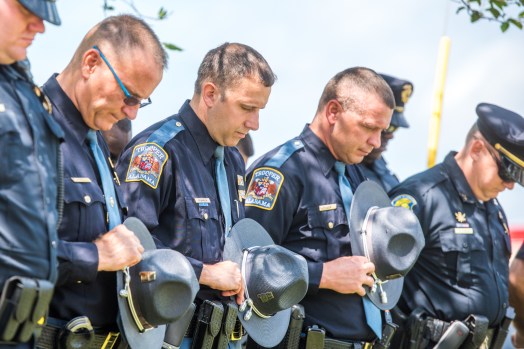 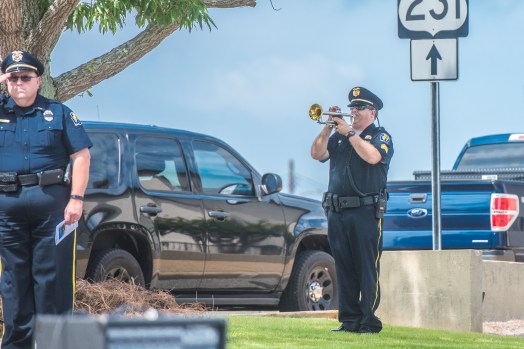 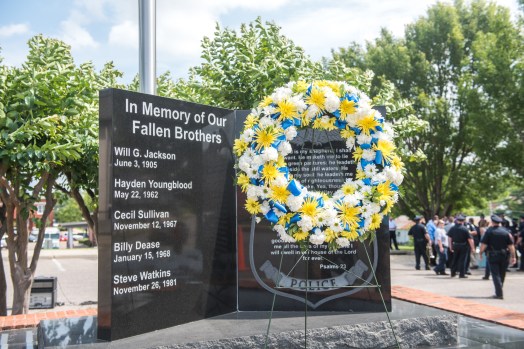 Messenger photo/Jonah Enfinger A memorial wreath hangs on the memorial plaque outside the troy Police Department. 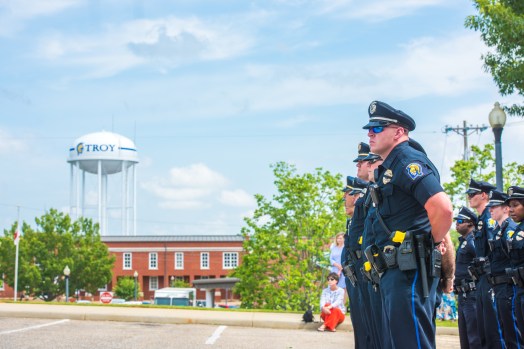 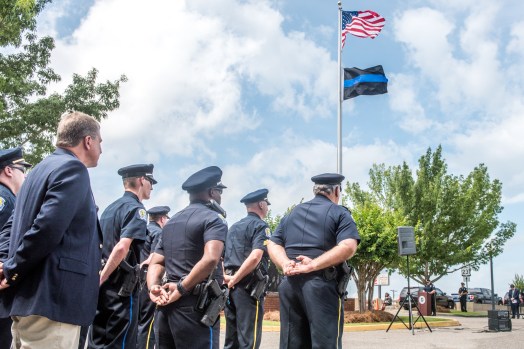 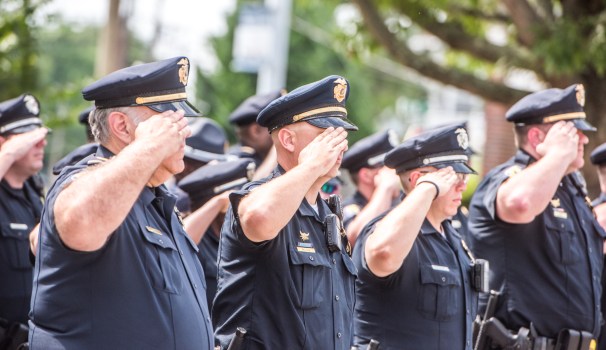 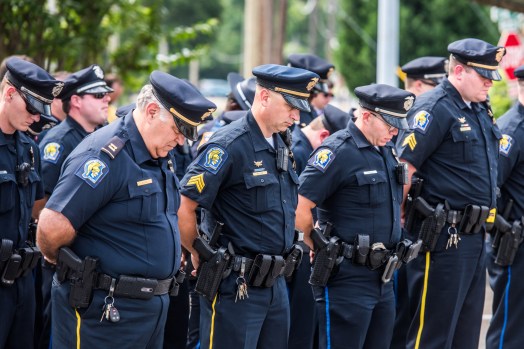 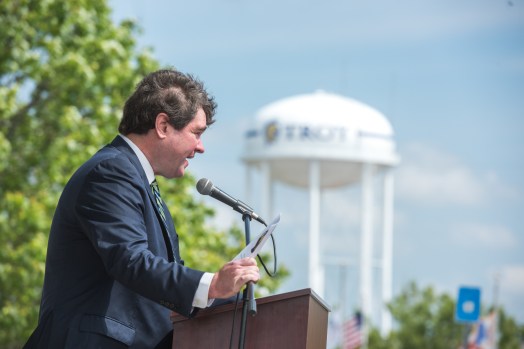 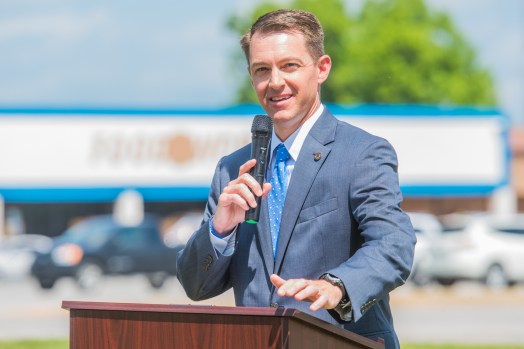 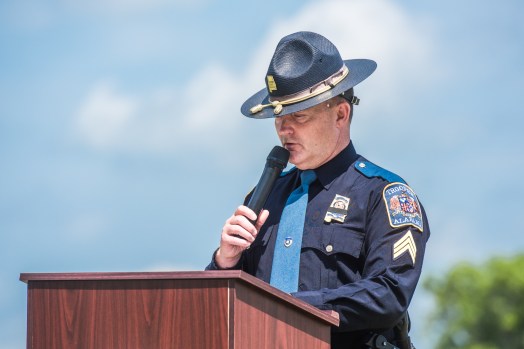 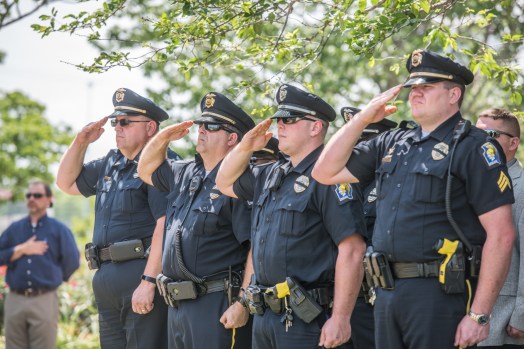 “We must never forget those that gave the ultimate sacrifice.”

That was the reminder by Mayor Jason Reeves, who spoke to the crowd gathered Wednesday morning at the Troy Police Department for the fallen officer memorial service, part of National Police Week.

Reeves said the crowd was one of the largest in recent years to attend the solemn occasion of remembrance of the officers who have died in the line of duty.

“Thank you for being here today,” Reeves said. “We want our local law enforcement to know how important they are to us. This is, of all things we do, most important”

Troy Police Chief Randall Barr called out the “Roll Call of Honor” at the ceremony recognizing the five Troy police officers that laid down their lives while serving others.

At the second half of the service at Bicentennial Park, two other officers were honored: State Trooper R.W. Bob Jones and Conservation Officer Grady R. Jackson. Jackson passed away February 12, 1984, and Jones on November 3, 1991.

Barr said it is important to remember those who have given all and keep in mind the danger the men and women in law enforcement face every day.

“For us, it’s front and center in our minds every day,” Barr said. “We need to make sure they’ve got the equipment and training they need to go home at the end of their shifts. As a police chief, it’s something I think about every day, the dangers they face. It’s something that you never want to have to deal with.”

Reeves, the son of a police officer, said he still remembers the impact of the death of the police department’s last fallen officer, Steve Watkins.

“I was reflecting on it and I was thinking about my kids and what I was doing at their age,” Reeves said. “My youngest daughter … is the age I was when Steve gave his life. With my dad being a police officer that impacted me. We have officers now that weren’t alive the last time we lost an officer. So it’s important to remember.”

Barr said the support of the community is what helps to keep the police department going.

“We couldn’t do our job if we didn’t have this community,” Barr said. “We’ve had great support from the people of this community– we need those eyes and ears out in the community.”

“I want to thank the families of these officers,” Allen said. “You stand shoulder to shoulder with our officers.”