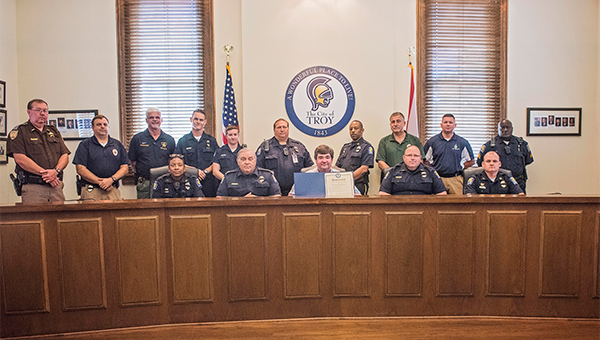 The City of Troy is honoring local law enforcement this week, proclaiming it National Police Week in the city.

“You’re far more appreciated than you’re told every day. We’re grateful for what you do on a daily basis.  Every morning or every evening you put your feet on the floor and come to work willing to risk your lives to protect the innocent from violence.”

The city will be celebrating National Police Week by holding a Fallen Officer Memorial at 10 a.m. Wednesday at City Hall followed by another event directly after at Bicentennial Park.