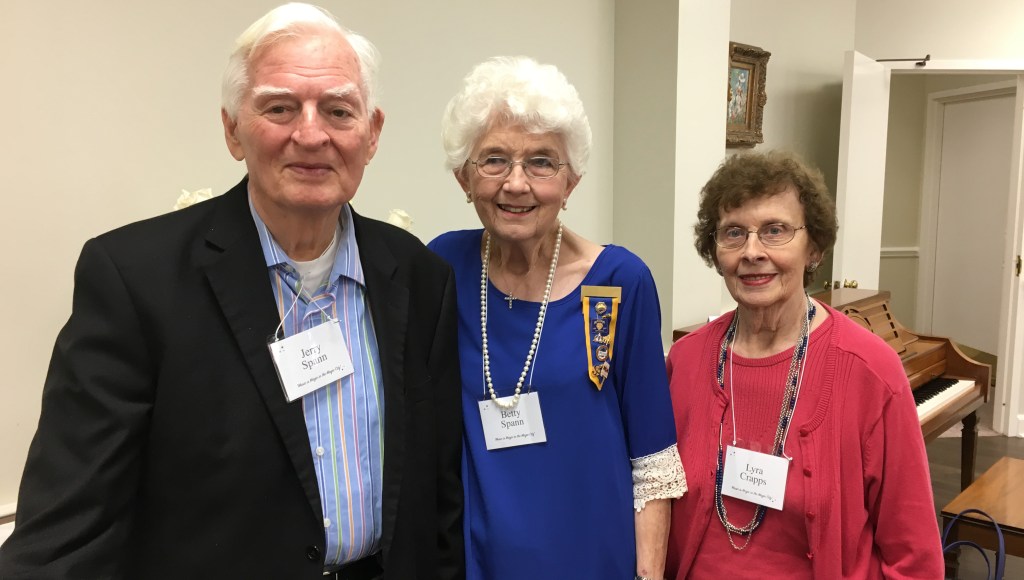 Attending the Alabama Federation of Music Clubs’ Convention in Birmingham were Lyra Crapps, Betty and Jerry Spann of the Troy Music Study Club. Mrs. Crapps is president of the Troy Club and Mrs. Spann is Reporter/Historian. Mr. and Mrs. Spann are both life members of the AFMC.

The Bush Hills Music Club of Birmingham hosted the meeting with events held at facilities of the Frist Baptist Church, Birmingham and at Samford University on April 28-29, 2017, with the theme of “Music is Magic in the Magic City”.

Barbara Lee, President of the Alabama Federation of Music Clubs presided at the business sessions. Reports were heard from state officers, and the election of officers for 2017-2109 (should this be 2018-2019?) was held. Among the new officers is Lyra Crapps of Troy as Chaplin of AFMC. Workshops on Topics of interest were conducted, and a memorial service conducted by Bill Peoples, current Chaplin, was held in remembrance of deceased members. Jim Roling of Troy was memorialized at the service where a white rose was presented in remembrance of him.

The national Federation of Music Clubs was represented by Frances Nelson. First Vice President, who spoke to the members at a banquet on Friday evening. Following the bequest, convention attendees were entertained by Samford students who presented the opera, The Marriage of Figaro by Mozart, in the Harrison Theater on the Samford campus.

The business session on Saturday featured further reports from officers, and the installation of the new officers who were elected on Friday was conducted by the national guest, Frances Nelson. The student audition winners for this year were presented in concert including junior, high school and collegiate levels.

Outgoing AFMC officers and AFMC pat presidents were honored at the the closing luncheon on Saturday. Club certificates were awarded for the work done during this club year. Troy’s certificated listed the many activities accomplished this year was received by Mrs. Crapps. Future meetings were announced and the members joined in singing the benediction, “The Gift of Song” by Lana M. Bailey, the official benediction of the National Federation of Music Clubs.