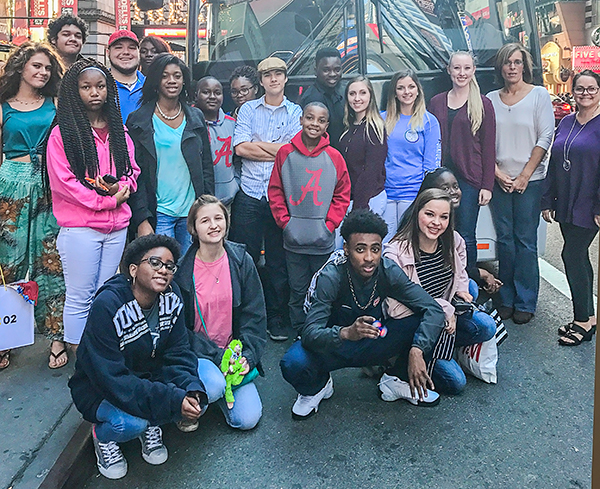 Members of the Charles Henderson High School choir travelled up to New York City last weekend to compete in an international choir competition and came out on top.

The 17 students who made the trip placed first in the concert choir category and captured the grand champion award for achieving the highest score of all four choirs that competed in the contest.

Choir director Calvin Scott said it was a satisfying ending to a fantastic trip.

“It was a good treat for taking that long ride to New York,” Scott said. “The hard work to get there all paid off.”

The choir performed three pieces, one in Italian and two in English, and their portion of the competition only took about n hour and a half, Scott said.

Winning the contest was just the icing on the cake though for the students, most of whom had never been to New York City.

“I remember driving into the city and seeing the skyline,” Scott said. “It was exciting to expose them to that. They were ecstatic to be there.”

The students left Wednesday on a charter bus and after staying overnight in Virginia, made the rest of the trip into the Big Apple Thursday.

While waiting for the competition Saturday the students got to view New York from the top of Rockefeller Center, mill around Times Square, visit the Statue of Liberty and catch a performance of Aladdin on Broadway.

In addition to winning an award for their performance, Scott said it was a great opportunity afterward to get a clinic from one of the three judges, a college voice professor. “That was really helpful and informative for us.”

Scott said the students primarily funded the trips themselves through a variety of individual fundraisers.