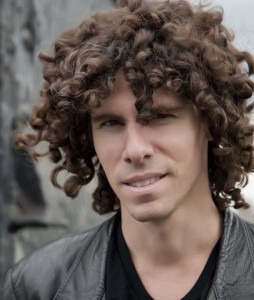 The Troy Arts Council is partnering with the Troy University Foundation to present a Steinway Artist concert featuring Julian Gargiulo at 7 p.m. Tuesday at the Claudia Crosby Theater on the university campus. Tickets for the concert are $20 for adults and $5 for students. Tickets will be available at the door.

Julian Gargiulo is a pianist, composer and recording artist who has been named a Steinway Artist.

“Gargiulo’s solo show includes works by Beethoven, Chopin, Debussy and original composition,” Jinright said. “He is honored to be named a Steinway Artist, a title that is conferred upon people who have reached an exceptional level of artistry and success in piano.”

Jinright said Julian Gargiulo is a charismatic virtuoso who can deliver a joke.

“Expect to revise any preconceived ideas you have about a classical music concert,” Jinright said. “Julian Gargiulo delivers classical masterpieces with genuine emotion and incredible precision. The audience will not be disappointed.”

Gargiulo was born and educated in Italy. He has dual U.S. and Italian citizenship and splits his time between New York and Paris. He has performed around the world in the United States, Canada, France, England, Italy, France, Germany, Greece, Russia, Singapore, Philippines, Thailand, China and Australia.

Gargiulo doesn’t just play music. He is a supporter of several musical endeavors. He started the Water Island Music Festival in the Virgin Islands, which brings classical and jazz musicians together for three days of music.

He is the artistic director of “Crossing Borders” a Hunter College program that presents established foreign artists currently living in New York.

He is the founder of “16000children” that is dedicated to raising awareness of the children who die of hunger each day throughout the world. He also devotes his time and talent performing and raising funds for numerous other charities worldwide.

Jinright said the Steinway Artist concert will be an opportunity for the Troy and Pike County communities to meet Julian Gargiulo, the artist and the man.

Gargiulo also will present a free piano master class at 11 a.m. Tuesday in the Long Hall band room. The public is invited to this event. Those who attend will receive a free ticket to the evening concert.