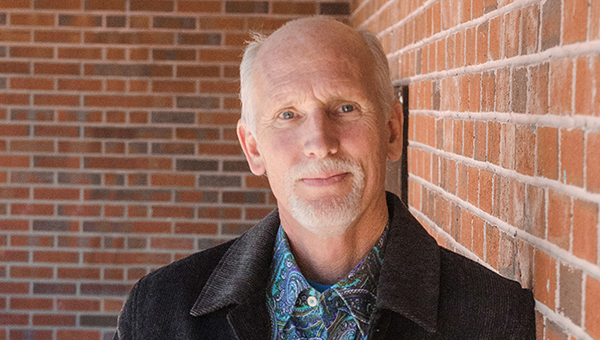 Messenger photo/Submitted
Larry Percy, Troy University associate professor in the Department of Art and Design, is the recipient of the Alabama Alliance for Arts Education “Making a Difference “ award. Percy was honored for his role in organizing the exhibtion and competition of the District II Visual Arts Achievement Program since 2005, spearheading the effort to launch Trojan Art Day in 2014 and for his involvement in the Pike County Salvation Army’s Empty Bowls Project since 2008.

Troy University’s Larry Percy has been honored with the Alabama Alliance for Arts Education’s “Making a Difference” Award.

Percy, associate professor in the university’s Department of Art and Design, received the award during a recent reception at the Embassy Suites in Montgomery.

Percy was honored specifically for his role in organizing the exhibition and competition of the District II Visual Arts Achievement Program since 2005, spearheading the effort to launch Trojan Art Day in 2014 and for his involvement in the Pike County Salvation Army’s Empty Bowls Project since 2008.

Trojan Art Day provides teachers and their students with the opportunity to come to Troy University to meet and work with members of the Art and Design faculty and students. They participate in workshops, including ceramics, drawing, architectural rendering and screen printing.  Trojan Art Day 2017 had 405 participants.

“Larry helped organize Empty Bowls and has been a big part of every bowl-making and luncheon since,” said Kim May, local Salvation Army director. “He has helped us get grants for the purchase of the clay we use. He involves his pottery students and got students at Pike County High School involved in bowl making.”

May said Percy also donates one of his own clay creations as a bid bowl each year.

“We couldn’t do Empty Bowls without him,” she said.

Percy expressed appreciation to Pam Allen, department chair, Kayla Garrett, departmental secretary and the students who give of their time and talent to Trojan Art Day and Empty Bowls. He credited the Art and Design family, the support team of Judy Fulmer and the Office of Sponsored Programs and the Pike County Salvation Army with his being selected for the prestigious award.

“Together we are making a difference,” Percy said. “It is easy to be a champion when you are surrounded with talent and commitment like we have in this department and our surrounding community.”