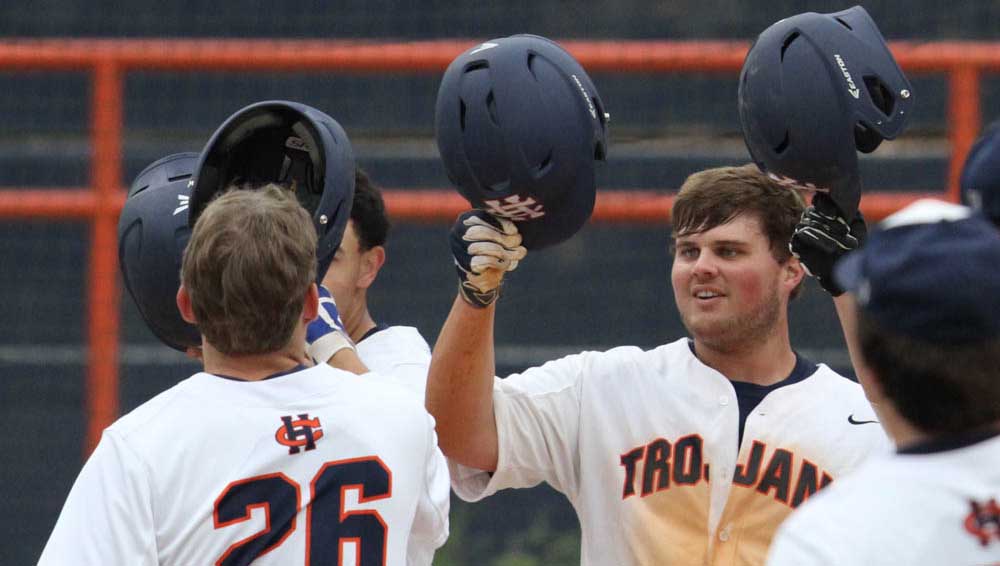 Charles Henderson High pounded out 18 runs on 15 hits Thursday to improve to 2-0 in Class 5A, Area 3 play with an 18-2 win in five innings over the Greenville Tigers at Hogan’s Hole.

The Trojans, 6-7 on the season, got two strong innings of no-hit pitching from Graham Wilkes before Jabronski Williams pitched the final three innings to close the game out.

“We did what we were supposed to do and take the game, and we are supposed to win a game like this,” said CHHS Head Coach Josey Shannon. “I was proud of the way we came out and took care of business early to allow the guys that generally do not get to play to have an opportunity and that builds team morale. That’s a big positive when you get guys in the game that normally don’t get to play, it brightens the dugout.

“We are supposed to play two games at Saraland Saturday, but they are calling for rain. If that happens we will reschedule for Tuesday of next week. We’ll do what we’ve got to do to play. Dating all the way back to last Saturday, I like the way we played against Arab and Northview. There are still some uncertainties on the mound and we have some injuries and that hurts us in the middle of the infield. We are scratching and clawing but our bats are coming around, and it seems like our desire to compete is getting better. I am proud to see the way we are competing.”

CHHS took a 2-0 lead in the first inning on walks by Hunter Reeves and Bryson Gandy, with Wilkes getting a key hit.

The Trojans went ahead 14-0 in the second inning as Charlie Tisdale, Devan Suddith and Carson Tucker singled, Jackson Murphy walked, Gandy singled, Wilkes and Jabronski WIlliams were hit by a pitch, Noah Lowery and Tisdale walked, Suddith singled, and Reeves hit a three-run homer. Tucker then walked, Murphy doubled and Gandy singled for the 14-0 lead.

CHHS tacked on their final four runs in the third when Garrett Tucker singled, Bradley Paramore was hit by a pitch, Carson Tucker singled, Murphy reached on an infield error, with Cobie Jones, Tyler Davis and Williams getting consecutive base hits for the 18-0 lead.

Greenville picked up two runs in the top of the fifth but no more as CHHS took the game 18-2 in five innings.

Carson Tucker was 3-for-4 at the plate for CHHS, while Gandy and Suddith had two hits each, and Reeves, Murphy, Jones, Wilkes, Davis, Williams, Garrett Tucker and Tisdale had one hit each.

The baseball team was not the only squad to put up runs on Thursday night. The Lady Trojans defeated the Luverne Tigers 16-0.

Emma Kirkpatrick got the start for the Trojans. Kirkpatrick pitched two innings without allowing a hit and striking out four hitters. Rose Snyder pitched one inning and struck out two batters.