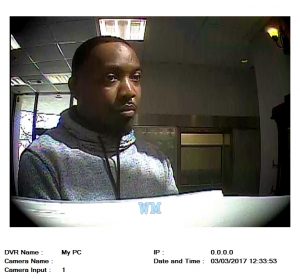 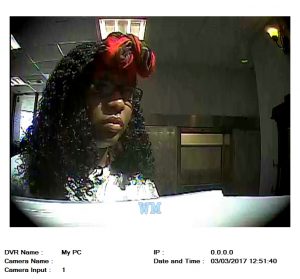 The Troy Police Department is asking for the public’s help in identifying two suspects that they say walked into a local bank and cashed two counterfeit checks.

“Two suspects, a black male and a black female, came into the bank approximately 20 minutes apart and each of them cashed a single check,” Barr said. “It appears that one of the suspects presented a fake ID when the checks were cashed and the two checks totaled over $11,000.00.”

Barr said that officials learned quickly during the course of the investigation that the driver’s license number that was presented at the time did not belong to the person they saw in the video. The checks appeared to be drawn from a business on Madison Street, Barr said.

The incident occurred earlier this month, but was not reported to the police department until this week.

Anyone with any information that can help solve this case or who may be able to identify the suspects in this case are asked to call the Troy Police Department at 334-566-0500, the secret witness line at 334-566-5555 or Crimestoppers at 334-215-STOP.