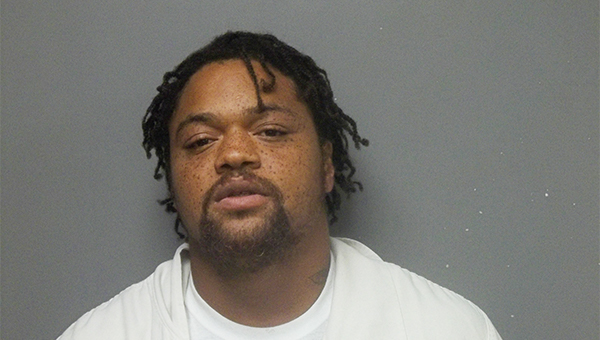 Pike County Sheriff’s deputies are looking for a Brundidge man convicted of murder in 2011 after they found stolen guns inside his residence, according to officials.

The suspect, 32-year-old Everett Newson, is wanted on charges of persons forbidden to possess a firearm and receiving stolen property second degree.

The next day, Thomas said, the Sheriff’s Office received a call from a Pike County man reporting the theft of several guns matching the description of those found in Newson’s home. The owner positively identified the weapons found in the home as his own.

Newson was one of two men arrested in 2009 for the murder of a man in Dale County. Newson was released from prison in 2014 after serving five years and was placed on probation until 2019.

Thomas said that if convicted of these new charges, Newson’s probation will most likely be revoked and new sentences will be added.

Newson’s conviction stemmed from the fatal shooting of 42-year-old Marcus Blackmon on October 18, 2009. Officials said Newson and Jarmon Demetrius Barrow, also of Brundidge, entered Blackmon’s home and shot him in the chest and ransacked his home.

Thomas said Newson is believed to be armed and dangerous.

“A few days before this he said, in the presence of law enforcement, ‘I’m not going back to prison’,” Thomas said.

Newson had also been convicted of possession of marijuana first degree, distribution of controlled substance, receiving stolen property, assault and failure to appear, according to officials.

The Sheriff’s Office has also issued a warrant for Anjuana Fuller for receiving stolen property second degree in connection with the case.

Thomas said that anybody with information about the whereabouts of Newson or Fuller should contact the Pike County Sheriff’s Office. Information leading to the arrests of the individuals could result in a cash reward.