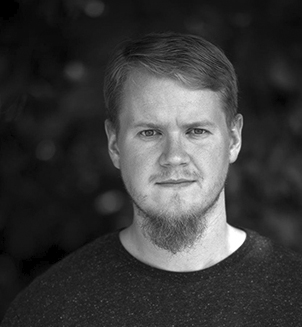 Perry Brown is right where he wants to be, at home in Troy, Alabama with family and friends, and doing what he loves to do, singing and writing music.

For Brown, it just doesn’t get any better than that.

Brown has been writing music for about 15 years and he’s been singing, if only in the shower, for as long as he can remember.

Perry Brown, singer/songwriter, only tells a small part of who the young man really is. He is a husband, a father, a day-jobber, a church-goer, a dog lover, a webmaster, a provider, a balladeer, a bandleader and just an all-around good guy.

But it will be Perry Brown, singer/songwriter, that will take center stage Friday night at the Johnson Center for the Arts. Brown’s debut concert for his solo album, “Become My Blood” will open with Early James and the Latest at 6:45 p.m. and Brown will step into the spotlight around 7:30 p.m.

For Brown, the solo album is a musical glimpse at the new family man he has become.

Brown said “Become My Blood” is about finding one’s comfortable place in life.

“To be serious about your music, you don’t have to go out on the road,” he said. “You can stay home and have a family and write music and sing songs. It’s okay to do that.”

Brown has been out on the road, in a rural kind of way. He was the leader of a band, Fire Mountain, that was named by Paste Magazine as one of the “12 Alabama Bands You Need to Know Now.” The band released its debut LP “All Dies Down” in 2014 and it drew praise from those who paid attention to small town bands that played “alt-country-ish rock” music. Now, Brown writes and plays what might be thought of as folk but not the Peter, Paul and Mary kind of folk; perhaps folk rock would be most descriptive, he said.

Brown’s debut solo album concert at the Johnson Center for the  Arts Friday night will be the “first live performance” of the nine-song album. It will also be an opportunity to purchase a CD from the artist and to enjoy the fellowship of a community of young adults who are much like Brown in that they, too, have homes and families and jobs and are comfortable living in rural  South Alabama. Many of those young adults will be musicians who, like Perry Brown, play mostly for themselves and their community.

Perry Brown said he is not going anywhere. Everything he cares about is here. He’ll be content here, with family and friends and just making music.