The acting chief justice of the Alabama Supreme Court will be the guest speaker at the Troy Exchange Club meeting on Thursday.

Stuart was elected to the Alabama Supreme Court in 2000 and re-elected in 2006 and 2012. As the senior associate justice, she became acting chief justice on May 6, 2016, when Chief Justice Roy Moore was suspended.

She is a native of Atmore and earned her undergraduate degree from Auburn and her juris doctorate from the University of Alabama School of Law. She worked as an Assistant Attorney General and as an assistant District Attorney in Baldwin County before being elected district judge in 1988. She served as the juvenile court judge for Baldwin County and was appointed to the circuit bench in January 1997. She served 12 years on the trial court bench before being elected to the Supreme Court.

In addition, Stuart is a past president of the Alabama Council of Juvenile and Family Court Judges and has served as a national speaker and trainer for professionals dealing with child abuse and neglect cases.

She and her husband, George, are the parents of two sons and one daughter and grandparents of two children. She is active in numerous local and state civic organizations and her church.

The club meets at noon at the American Legion Hall in Downtown Troy. 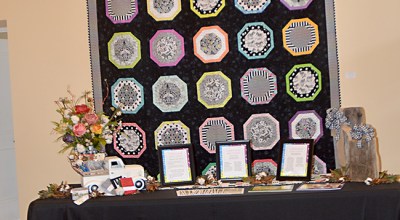