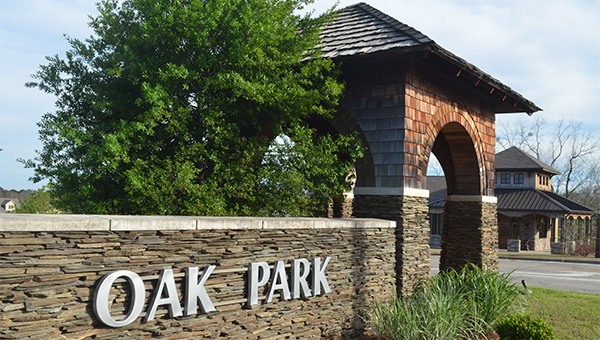 The City Council will decide Tuesday whether to block truck traffic on Oak Park Drive, which is now part of the Enzor Road connector, in an attempt to preserve the roads and keep residents of the subdivision safe. The council will also vote on an ordinance that would block trucks from driving through an area on Enzor Road unless they have a destination within the area.

The Troy City Council is considering two ordinances that would block some or all truck traffic on Enzor Road and Oak Park Drive.

The ordinance concerning Oak Park Drive would completely ban trucks from driving through the neighborhood that is now part of the Enzor Road connector project.

Angel Tillery Phelps, a resident of the subdivision, said the ordinance is a necessary move.

“It is something that’s needed because it’s going to tear up the road,” Phelps said. “And kids live on both sides of the neighborhood.”

The Troy City Council had its first reading of the ordinance at last week’s meeting.

The ordinance would ban all trucks over 50 feet in length or weighing over one and a half tons from driving through the neighborhood.

Mayor Jason Reeves said the ordinance is a preemptive measure that officials began considering during the planning phase of the new project.

“The concern came out that the new roads would become a shortcut for 18-wheeler traffic, which is not what the purpose is,” Reeves said at the council meeting.

Planning and Zoning administrator Melissa Sanders said that a roundabout in the subdivision could also be difficult for longer trucks to navigate.

Reeves said there haven’t been major issues with trucks driving through the neighborhood at this point, but said this ordinance will safeguard it from happening in the future.

Phelps said she did see some truck traffic when the roads initially opened, but that she had not seen any in recent weeks.

The roads don’t currently have businesses on them except for the Park Place development at the intersection of U.S. Highway 231 and George Wallace Drive, but Reeves said the ordinance would keep trucks from entering through the neighborhood once businesses populate the new road extension.

Reeves explained that truck drivers already have three access points to the road with two entrances to the George Walllace extension and one entrance to the South Franklin extension from U.S. 231.

The other ordinance the council is considering would black through truck traffic on Enzor Road, meaning that the only trucks allowed on the road must be headed to a destination within that area.

This, Reeves said, ensures that the recreation department and commercial and agricultural businesses along the road can still get the deliveries they need.

Both ordinances exempt city vehicles, construction equipment and emergency vehicles from the ban.