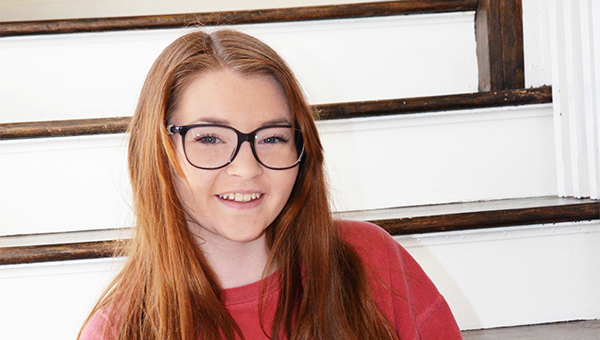 Jensen Garrett had an idea that worked.

After attending a People to People Youth Leadership Camp at Yale University, Jensen came home with a strong desire to do something worthwhile for her community in general and for young people specifically.

After considering several ideas, she settled on one – a book drive to benefit elementary students at local schools.

“At camp we built literacy kits for the United Way and we were challenged to go home and design our own community service project,” Jensen said. “I like to read and I think reading is important so I decided on a book drive.”

Jensen’s family owns and operates the three Piggly Wiggly stores in Pike County. Her idea was to have drop boxes at each of the stores and invite donations of new or lovingly used children’s books to be given to young school children.

“The idea for a book drive was to encourage children to read more,” Jensen said. “And, too, a lot of children don’t have books of their own. I wanted as many children as possible to have a book of their own.”

The Book Drive, as it was simply called, was held in the spring of 2016. It was successful in that 300 books were donated and distributed to 4-K students at New Life Christian Academy and first graders at Goshen Elementary School.

“We actually had more books donated than students in the grades at the schools we had selected,” Jensen said. “So we were able to give each students more than one book and that was exciting for them.”

The books had been placed in gift bags were handed out randomly to the students – much like Christmas in springtime.

“The children were excited to get the books,” Jensen said. “By getting a book as a gift maybe they will realize the importance and the fun of reading even more.”

The Book Drive of 2016 is in the books, so to speak. However, Jensen, a junior at Pike Liberal Arts School, said there will not be another “Book Drive.”

“It’s something that I would like to continue as an annual event,” she said. “A lot of people have books that are no longer being read.”

Jensen said children grow up leave their books behind. With the Annual Book Drive, these books can be put in the hands of children, not put in the attic or discarded.

She is asking county residents to donate books for ages four thorough fourth grade to the Annual Book Drive.

Jensen said she is looking forward to distributing the books at New Life Christian and Goshen Elementary.

“Both schools said they would like be included again this year,” she said. “I like to give out the books and I also like to read to the children. That’s the best part – reading to them.”