Suspect wanted for murder in Troy 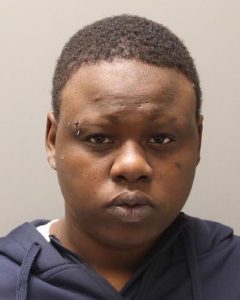 The Troy Police Department is looking for a suspect in the killing of a man found in a residence in the 100 block of Daisy Court Monday.

Alexis Shantell Boswell is wanted on the murder charges connected to the death of 65-year-old Bernard Farrior.

Boswell is a 25-year old black female weighing approximately 170 pounds and is listed as 5 feet and 7 inches tall.