Two former employees of Whaley Construction Company and their relative have been charged with theft of more than $1.8 million in one of the largest reported theft cases in Pike County History. 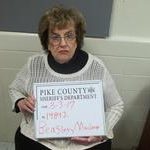 District Attorney Tom Anderson announced Friday the indictment of Marjorie Beasley and Karron White on charges of first-degree theft of property for their alleged participation in a scheme that resulted in the theft of over $1.8 million over the last four years from Whaley Construction Company and Whaley and Whaley Farms.

Based on those figures, it is estimated that the thefts will exceed $5.5 million over the years they occurred, Anderson said in a press release.

“They’d take money from one account, write a check to another and deposit it and get cash back,” Anderson said. “Anything that was ever issued to be cashed, they always pocketed it. They did that probably several times a week. Marjorie took steps to hide it in the system. “ 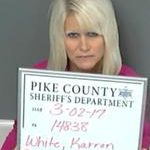 Jeanette Holliday, the sister of Beasley and the mother of White, was also indicted and charged with first-degree theft of property for allegedly using the company’s employee insurance program despite not being employed by the company. Anderson said the company paid Holliday’s premiums in excess of $78,000, even though company records show she was never employed by Whaley Construction.

Beasley also was charged with taking more than $500,000 from the personal finances of company owners Alec and Jane Whaley.

The Whaleys also filed civil suit against Beasley and White and against the accounting firm Gibson and Carden, LLC. on allegations that the firm did not find evidence of the theft while performing annual audits.

The suit further breaks down the allegations against Beasley, which include:

• Giving out gas cards to people unauthorized to use them,

• Intentionally obfuscating records to conceal her actions, and

• Paying other employees to keep quiet about her actions.

The suit also names Beasley’s sons, Michael R. Beasley and David L. Beasley as defendants in the suit, alleging that they fraudulently used the company’s gas cards without authorization. Neither Michael nor David Beasley was employed by Whaley.

Rhon Jones, one of the attorneys representing the Whaleys, said the suit speaks for itself.

“It’s unfortunate that suit had to be filed,” Jones said, “but we at Beasley Allen have great confidence in the civil justice system.”

The criminal investigation is ongoing and charges could be added, Anderson said, and additional suspects could be charged.