MAYOR FOR A DAY: CHMS, PLAS students become mayor, council for a day 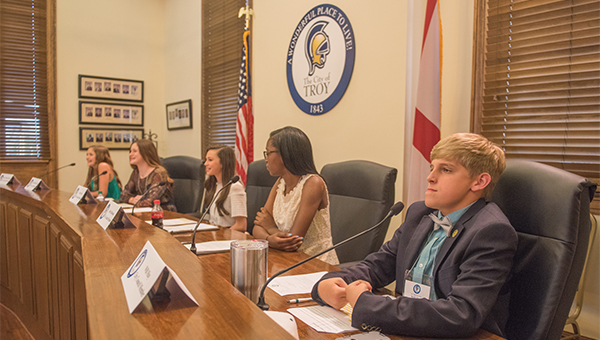 Seven students from Charles Henderson Middle School and Pike Liberal Arts School spent the day with city officials as part of the city’s “Mayor for a Day” program. The students learned about different aspects of city government and the history of Troy. Braxton Brown served as mayor for the day, Abby Porter as city clerk and Mary Michael Hussey as council president. Will May, Addy Robinson, Jaylee Price and Mary Britton Hicks served as the other members of the council.

Seven students from Pike Liberal Arts School and Charles Henderson Middle School served as the mayor and council for the City of Troy Tuesday as part of the city’s “Mayor for a Day” program.

Braxton Brown received the biggest honor, serving as mayor for the day and winning a $100 gift card from Troy Bank and Trust and a gift card from Continental Cinemas.

The mayor and council didn’t just learn from the professionals: they actually drafted a passed a legitimate resolution for the real city council to consider.

The program, entitled “Joining the Generations,” would bring the older and younger generations together through activities at the Colley Senior Complex.

“One thing I thought of is maybe they could come together for Miracle League baseball,” Hussey said. “Or they could have a big slumber party one night.”

“The resolution, I think, is tremendous,” Reeves said. “Intergenerational activities are extremely important. I stand here only because of intergenerational relationships. I learned more at my grandparents table than I did in any college class or anywhere else. The more we can do to get young people and senior adults involved together, the better our community is going to be.”

Reeves began the program 16 years ago and said that the annual event is his favorite council meeting of the year.

“I told them this morning this is my favorite meeting of the year because my faith in the future is always renewed,” Reeves said. “I’d just like to say to all of you parents what a great job you’ve done and what a tremendous honor for all of us to spend a day with your children.”

Each student competing for the chance to take part in the day had to submit an essay. The seven students who wrote the best essays were chosen, and those candidates then created video presentations for the chance at being mayor.

The group started out with a breakfast at the public relations and tourism building and were then Reeves briefed the students on the history of the city. The students headed over to the Office of Civic Engagement at Troy University to participate in building garden beds for community outreach.

The favorite part for most of the council though was the walking tour of historic Downtown Troy with Tray Earnest of the historic preservation consulting firm T. G. Earnest and Associates.

The students said they enjoyed learning about the history of the buildings in Troy.

“It was a fun chance to show the youth of troy the beautiful history of downtown and the importance of revitalization,” Earnest said. 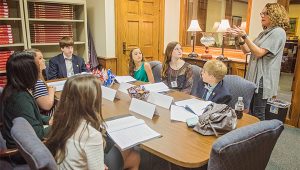 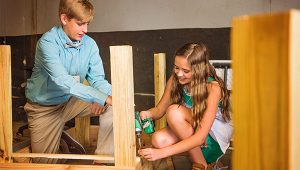