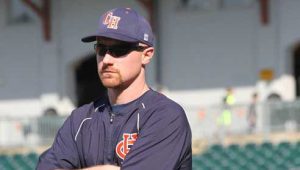 Charles Henderson High has won three high school baseball state championships in its storied past, and the two coaches who wear those rings will face off against each other in Troy this Friday in the annual Terry Sikes Memorial Tournament.

Former CHHS head baseball coaches Steve Garrett and Derek Irons will bring their teams to Troy this weekend, and will meet Friday at 5:30 p.m. at Riddle-Pace Field.

For Irons and Garrett, the return trip is certain to stir up many great memories, both at Hogan’s Hole and in the community.

“In the life of our family, the city of Troy was very instrumental,” said Irons by phone on Wednesday. “Leslie and I spent the first seven of our eight married years in Troy, three of our kids were born while we lived in Troy, and on the personal side that was a huge part of our life. We have so many great memories from our time there.

“On the baseball side, there were many, many great moments at Hogan’s Hole and Riddle-Pace over those seven years. There are many great memories and great relationships that were formed over that time that will be around forever. I’m also excited for our program to come to Troy and be a part of this tournament. When I was there I always felt like it was one of the best tournaments in the whole state, if not the best tournament.”

Garrett, who still has family in Troy, enters his third season at Florence. The Falcons have been a state playoff contender every season, and will again bring a stud pitcher to Troy. Last season Coach Garrett’s son Brax was a senior and was drafted by the Miami Marlins in the first round. This season Florence brings hard-throwing junior right-hander Cole Henry, who is already an LSU commitment, and is a pre-season All-American by Collegiate Baseball Newspaper. 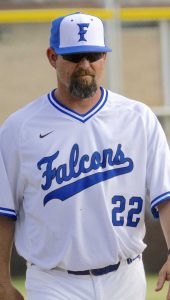 “I always love to come to Troy and see all the boys and folks from Troy,” said Coach Garrett. “It’s just great memories. I love coming and seeing some of the guys especially. My mom and in-laws still live there.

“As far as the Terry Sikes Tournament, I told my players all about Terry and what he meant to the program, and what a great friend and coach he was. It means a lot to me to go there, so we need to play well.”

CHHS plays Hewitt-Trussville Friday at 10 a.m., Bibb County at noon and Prattville at 8 p.m. On Saturday the Trojans host Coach Irons and Oak Mountain at 1 p.m. and G.W. Long at 6 p.m.