FOR THE HEART: After losing a daughter to heart disease, Shirey advocates for education and awareness 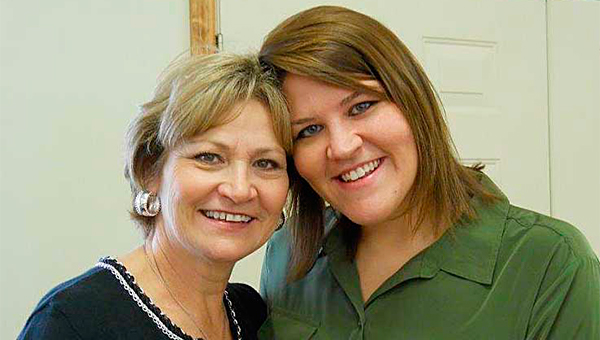 Helen Shirey lost her daughter Kristin to a heart condition at age 30. She encourages others to take care of yourself; get your cholesterol check and, if you have a health concern, get it checked out. It might not be anything but if it is, your life could depend on it.

Kristin Ricks turned 30 on October 2. She had just started her job as the art teacher at Goshen High School. She was excited about her future there. She had written in her journal “change is a good thing.”

“Kristin embraced change because she knew her future was taken care of,” said her mom, Helen Shirey.

Kristin died on October 20.  She was talking to her mom on the phone when she collapsed.

The cause of death was listed as A-Fib atrial fibrillation.

“We didn’t have an autopsy done,” Shirey said. “A-Fib is a form of heart disease but I think Kristen had a heart attack but we can’t know for certain.”

Kristin had not exhibited any heart-related symptoms so she thought the pain in her chest was heartburn.

But high cholesterol and heart disease run in Kristin’s family.

For some people, high blood levels of cholesterol come from a diet that is high in saturated fat and animal products. However, for others, high cholesterol is genetic. Simply speaking, it runs in the family.

“I have eight brothers and sisters and high cholesterol runs deep in our family,” Shirey said. “It can be traced through my father’s side.  My dad lived on Tums for his chest pains. He died from heart disease when he was 62.  My oldest brother passed away from heart disease. My oldest sister had congestive heart failure.

Most people who have familial hypercholesterolemia (FH) have no symptoms until they have a heart attack.

After Kristin death at such a young age, Shirey said she realized how important it was to have her son’s cholesterol checked.

“He was 27 at the time and his cholesterol was fine but that doesn’t mean that it will stay that way, so he keeps it checked and hopefully that will prevent any problems in the future,” Shirey said. “ Being the youngest of eight children, I thought I would not have a problem with my cholesterol but I was wrong.”

Shirey has her cholesterol checked regularly but she doesn’t dwell on the fact that high cholesterol and heart disease run in her family.

“I do think about it but we are told 365 times in the Bible not to worry and that tomorrow has enough of its own,” Shirey said. “Worry won’t add one minute to your life. I think Kristin lived this every day. She loved life. I guess when you only have 30 years and 18 days, that’s how you live it.”

The American Heart Association is committed to finding a cure for heart disease and stroke, the number on killer of men and women in the United States. The Pike County Chapter of the AMA will host the 2017 Pike County Heart Walk from 5 until 7:30 p.m. Thursday at the Troy Recreation Center. The pubic is encouraged to participate.