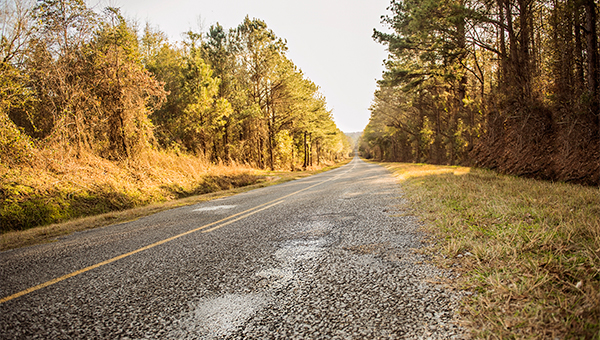 One of the many things on the slate for state legislators to review during the regular session, which starts today, is a proposal to fund the resurfacing of county roads by passing a three-cent gas tax.

Rep. Alan Boothe, R-Troy, said that he thinks the proposal will be considered during the regular session and said he’s heard mixed reactions on the proposal. “Our roads in our county and state are in desperate need of resurfacing and maintenance. From what I’ve heard, people are mixed on it,” he said.

The program, crafted by the Association of County Commissions of Alabama (ACCA), would levy a three-cent tax on gasoline and diesel fuel over 15 years to pay off a $1.2 billion bond issue.

Oliver spoke to the Pike County Commission at its last meeting about passing a resolution supporting the legislation and bringing the public in to discuss what roads they’d like to see repaired if the legislation passes.

The commissioners, however, declined to pass the resolution at the time. Commissioners Russell Johnson and Chad Copeland spoke out against supporting the resolution, calling it “putting a Band-Aid on a long-term problem.”

Commissioner Homer Wright was the dissenting voice, urging that the commission did not have much time before the proposal is considered by the legislature and advocating the need for the public to come in as soon as possible to discuss what would need to be done.

Johnson said that he wouldn’t sign his name to the resolution unless he could hear from his constituents that this is something they want.

Boothe said he has heard some people against it and some for it, but he said the main concern he’s heard is using the funds correctly if it passes.

“If it goes to the roads they’re OK with it, but they don’t want it used for administrative costs,” Boothe said. “If you’re going to have a tax on the roads, it needs to be used for the roads. It doesn’t need to be slumped off for something that doesn’t have anything to do with roads.”

One issue that Johnson brought up is a potential discrepancy on the numbers being stated about how many roads and bridges the program could repair and what it would actually cover in Pike County.

“I am not necessarily comfortable with the numbers that we were given from the state,” Johnson said. “Our engineer is going through and putting a price tag on what it would take to repair roads in our county. If they’re telling us ‘Go tell everybody you can pave 110 miles of roads’ but it turns out we can only pave 70 – where does that leave us?”

Johnson said Pike County would end up paying for four years of road funding over 15 years.

The commission – minus Commissioner Charlie Harris, who was absent – decided not to take any action on the proposed resolution at the time. Instead, members asked Oliver to crunch numbers and find out how many local roads could feasibly be repaired with the funds the county would receive.

“What we’re trying to do before we talk to everybody is get some cold, hard facts coming from our engineer, from our county, based on our needs,” Johnson said.

“What we’ve done since the last meeting is to quantify financially what our needs are and see how accurate the numbers from Montgomery are. And we’ve also asked (Oliver) to update the list of deficient roads and bridges and prioritize them.