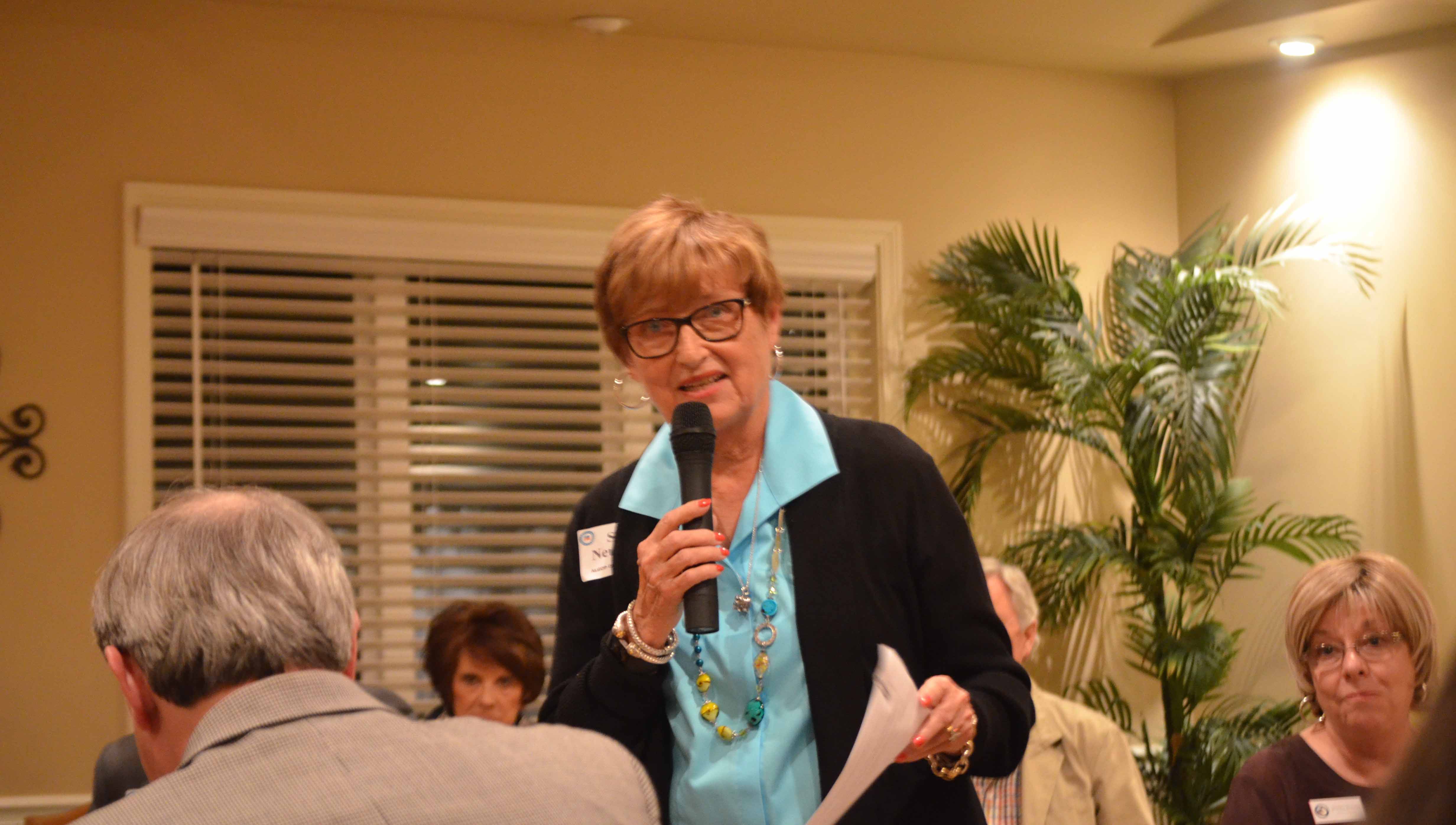 Messenger photo/Jacob Holmes
Sue Neuwien speaks to the committee after being reelected on Thursday.

Republicans of the 2nd Congressional District of Alabama met on Thursday to elect a new chairman and hear from some Republicans running for seats in other congressional districts in Alabama.

The district-wide meeting was held at Sisters’ Restaurant and was attended by about 50 people from around the district, whcih spans all the way up to Autauga County and all the way out to Covington County.

Pike County Probate Judge Wes Allen and Troy City Councilman Marcus Paramore, as well as some members of of the Pike County Republican Women. Commissioners from Dale, Covington and Houston counties were also in attendance for the event, which only takes place every two years.

Sue Neuwien hosted the event as the returning chairman and was promptly nominated and reelected after being unopposed as the group’s chair.

Judge Allen, who ran the election process for the committee, joked with

“I was just reelected because I run a quick meeting,” Neuwien joked.

The members then heard from Bill Harris and Andres Sorrell, who are both running for positions in equivalent organizations in other congressional districts in Alabama.

Harris told the attendees that he was running for vice chairman of the first and second congressional district Republicans.

Harris, an Autauga County Republican, said that he wants to support the chairman or chairwoman in his or her duties in the first and second districts.

“There aren’t many Republicans left in the fifth district so I though I’d transition over to the fourth where there’s only six elected Republicans,” Sorrell said. “But Trump performed well there and I think we can do good work there. I’m just passionate about beating Democrats and I appreciate your vote.”