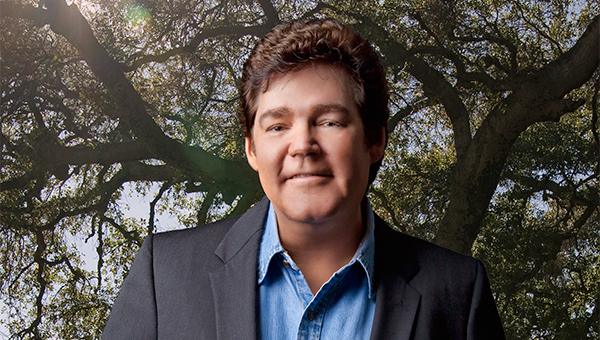 Raybon is the lead singer for the popular country music band, Shenandoah, and that should ring a bell in the ears and the hearts of all country music fans.

Gary LeVox, lead vocalist of Rascal Flatts describes Raybon as “the greatest singer on the planet to this day.” Christian music star Jason Crabb said Raybon is one of the greatest voices to ever sing “with a tear in his voice that will just melt you.”

Raybon will be one of three singer-songwriters that will be featured in “The Heart Behind the Music” Songwriter’s Showcase at 7 p.m. Friday, January 13 at the Claudia Crosby Theater on the campus of Troy University.

The singer-songwriters, Raybon, John Ford Coley and Lenny LeBlanc, will share the stories and music behind their hit songs in an informal performance that will give the audience an up close and personal look at three of the most outstanding singer-songwriters of the day.

“Good songs are a part of you,” Raybon said. “They are the extension of a thought or maybe a story that you want to elaborate on or maybe give a different ending to. At the songwriter’s show case, we’ll share those stories and we’ll sing those songs.”

Most of the songs that Raybon will share at the Crosby Friday night will be songs that are familiar to Shenandoah fans.

Raybon was in Nashville in 1984 hoping, to make it big in country music when he got a call from Mike McGuire, drummer for a not-so-well-known band, MGM, in Muscle Shoals asking him to consider joining the band.

“About 15,000 people a week go to Nashville after the same thing you’re doing so that doesn’t leave you a lot of chances,” Raybon said. “When the call came, I was living on my last can on corn. The band didn’t pay much but the pay was steady and, too, I was only an hour and half from Nashville. I took the job out of the need for survival.”

Raybon said when he left Nashville he never thought that would be the move that would establish his career.

The MGM Band became Shenandoah, the band that struck such a strong cord with country music fans that it will celebrate 30 years in 2017.

“I think the reason Shenandoah did strike a cord with so many was the way we were raised,” Raybon said. “We didn’t know a lot but what we knew, we knew well. We had grown up understanding the meaning of respect, honor and integrity. Our parents wore those badges. We knew what we should do and what we shouldn’t. If we didn’t do what we should do, we got a pop on the behind end.”

Their moral upbringing and relationships with the Lord were evident in the music Shenandoah played and in the lives the band member led. Songs like “Sundays in the South” and “Church on Cumberland Road” resonated with country music fans and propelled the band’s songs to the top of the charts.

Raybon will share the stories behind the songs at the songwriter’s showcase on Friday night in what he said will be a high-energy show. “We’ll be high energy with heart,” Raybon said. “We’ll tell the stories of our music and sing our music and we’ll do it all with Southern-flavored humor.”

“The Heart Behind the Music” Songwriter’s Showcase is sponsored by the Troy Arts Council. Showtime is 7 p.m. Friday, January 13 at the Claudia Crosby Theater on the campus of Troy University. General admission tickets are $20 for adults and $5 for students with an ID. Tickets are available online through the TAC facebook page and at the door.