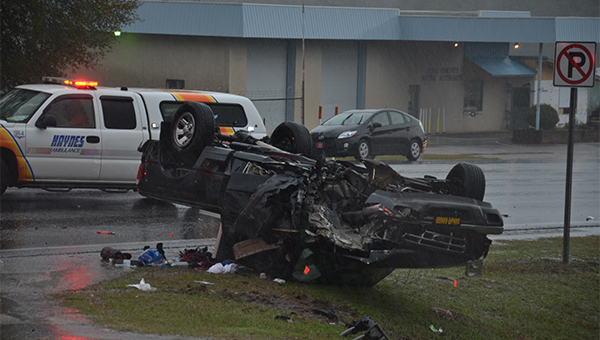 A Ford Ranger involved in the wreck overturned and went off the roadway.

A three-vehicle crash on U.S. 231 near Sisters’ Restaurant left two drivers injured, according to the Alabama Law Enforcement Agency.

The crash involved a Chevrolet Malibu, a flatbed tow truck and a Ford Ranger.

The roadway is clear at this time. No additional information is available at the moment as troopers continue to investigate.