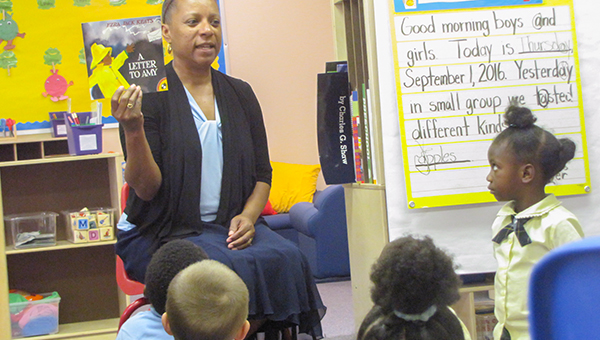 It’s been a big year for schools in Pike County this year, with record enrollment for some, new programs for others and high hopes for the spring semester.

The Troy City Schools (TCS) system saw a lot of change specifically at Charles Henderson High School, where Brock Kelley was hired as the new principal this summer and the switch was made from a period schedule to a block schedule.

“We’ve been able to accomplish quite a bit, from moving our high school into the block system to creating advanced placement courses at CHMS and increasing career readiness courses a the high school,” said TCS Superintendent Dr. Lee Hicks.

Dr. Mark Bazzell, superintendent of Pike County Schools (PCS), said that the system has had a good year as well, as evidenced by achievement scores.

“We’ve had a very good year,” Bazzell said. “I think probably the highlight is the progress we’ve made in our achievement scores and graduation rates.”

In preparation for being measured on college and career readiness next December by the Alabama Department of Education, the two school systems have made efforts to provide career readiness programs and dual enrollment options for their students.

“We’ve grown significantly in that area and have approximately 40 students in dual enrollment with Troy University with professors coming and holding classes on our campus,” Hicks said. “College and career readiness has grown significantly as far as our standards and having more students take part in those programs because we’ve been able to work it into their schedules.”

Hicks said the new block schedule has allowed CHHS to fill their 99 slots at the Troy-Pike Center for Technology for the first time.

PCS has also expanded its college and career readiness programs with eight total academies now offered to students and many students on track to graduate with associate’s degrees thanks to the dual enrollment program.

“We’ve got a lot of new initiatives with expansion of academy programs and we’ve got 109 students set to graduate with associate’s degrees,” Bazzell said. “This year we started our fifth and sixth grade and seventh and eighth grade STEM cohort groups and added the Exercise Science and Health Academy and the Health Inofrmation Management Academy.”

PCS also got further along in the planning phases of a projected $2.5 million building located off of US-231. The new location will be the Center for Advanced Academics and Accelerated Learning and will be sued for expanding the selection of similar courses.

Pike Liberal Arts School is also in the early planning stages for a new building on their campus after enrollment jumped higher than it has in years for the school.

“We try to add some more electives fro our students, but we’re limited by space right now so hopefully a new building will help us to expand that more,” said Headmaster Becky Baggett.

Troy University also experienced record enrollment at the school with 7,864 students enrolled at the beginning of the fall semester, 500 more than the year before.

The university also opened up its International Arts Center and Cultural Arts Park earlier this fall.

New Life Christian Academy and Pike County Elementary School both got special boosts to their pre-k programs with big grants from the governor’s office.

The grant allowed PCES to start a Pre-K program and gave NLCA the freedom to offer the program to those in need.

“This grant opened the doors economically to people who might not have the funding to pay tuition,” said Annie Blackmon, director at NLCA.

“We’ve had pre-k programs at Goshen and Banks, but we were excited to get funding for a pre-k program at the elementary school,” Bazzell said.