‘Blessed by being involved’: Drive seeks to provide 400 turkeys for needy families during Christmas 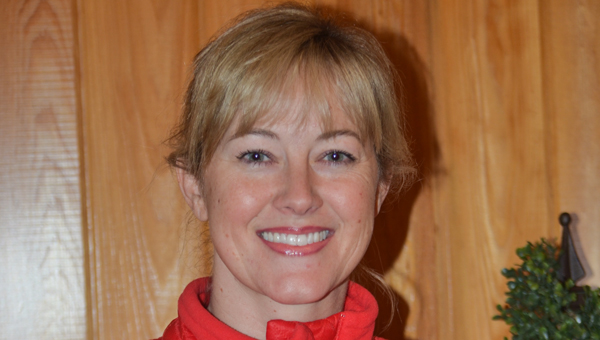 Kelly Sanders has spearheaded the Turkeys from Heaven project for three years. Each year, more families in need have received a Christmas meals thanks to the generosity of the Pike County community. This year, 400 meals will be delivered. Donations of turkeys may be made through purchases at the Piggly Wiggly stores in Troy.

Having the opportunity to do something for others is a blessing.

Sanders has been on the receiving end of the caring of others so she welcomes each opportunity to do something for others. She also knows there are many who also are blessed by doing for others. The overwhelming response to the Turkeys from Heaven project is an indication of the caring spirit that prevails in Pike County.

Turkeys from Heaven is an annual volunteer food distribution event that was initiated by Sanders in 2014 after learning about the project organized by a friend in Dothan.

“Those who have been involved in Turkeys from Heaven have said they have been blessed by being involved,” Sanders said. “There are many families here in Pike County that are in need of a Christmas meal and, by coming together as a community, we can help meet those needs.”

The list of families is made from referrals by home health agencies, doctor’s offices, Hospice, Pike Regional Child Health Center, churches, help organizations, schools and individuals. The Turkeys from Heaven meals include a turkey, green bean casserole, cranberry sauce, rolls and dessert. “The donation of turkeys is one way to be involved in Turkeys from Heaven,” Sanders said. Those who would like to donate a turkey may purchase a Turkey from Heaven at checkout at either of the Piggly Wiggly stores in Troy. The cashier will have a barcode to scan for the turkeys that are $15 each. The turkeys may be left at the store where they will be thawed for cooking on Dec. 22.

Those who would like to donate desserts for the meals are asked to bring items that don’t have to be refrigerated including cookies, brownies, pound cake and other cakes and some pies.  Desserts may be delivered to The Emporium on Dec. 21.

A large number of grills and smokers have been volunteered but more are needed, as are men to do the cooking that will get underway early on Dec. 22 at Max Hughes Trucking.

“The men have a great time cooking the turkeys,” Sanders said. “And, the women in the ‘kitchen’ also have a good time. You don’t have to call ahead to be a part of the good time on Dec. 22. Just show up and we’ll put you to work.”

Sanders said there is much enjoyment in preparing the Turkeys from Heaven meals but the real blessings come when the meals are delivered.

“Some parents brought their children and last year and they were overwhelmed at the number of people in need in our area,” Sanders said. “The teenagers had no idea of the needs in Pike County. The experience made them much more appreciative of what they have and gave them a different outlook at Christmastime.”

Turkeys from Heaven is a way to make Christmas brighter for local families in need and also a way to provide love and hope at Christmas time.