Just in the “Nick of Time,” there’s a holiday festival that will offer a wide variety of unique gift items while providing funds for scholarships for students who would otherwise fall through the cracks in educational funding opportunities.

“My mother, who worked for Dr. Doug Hawkins for 40 years, only got to go through the 10th grade but she realized the importance of a high school diploma. She also knew that students who continued their educations had better opportunities than those who didn’t.” 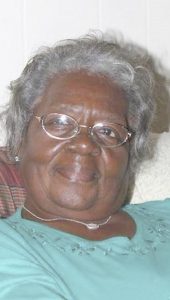 The late Tessie Ola Hooten Kelly is honored through a scholarship fund that provides four grants each year. The scholarships are funded, in part, by an upcoming arts festival coordinated by her daughter, Glenda Kelly.

Kelly said her mother was a woman of meager means but she was eager to help young people with the monies that she had, whether it was pencils for school or shoes for their bare feet.

“When my mother died in 2009, I took the money that was left from a small insurance policy she had and started the memorial scholarship in her name,” Kelly said. “In the years since, I have personally funded the scholarships that were awarded to students at Charles Henderson High School.”

The scholarship awards are somewhat different from other scholarships in that they are awarded to students who would not otherwise qualify for scholarships.

“These are students who would fall through the cracks otherwise,” Kelly said. “They are not the A and B students. Some have spent time in alternative school and in-school suspension. Because of circumstances and in spite of their potential, they have not been successful. But the scholarships give them the encouragement they need to move forward. I have been so pleased with the progress of those who have received the scholarships. They had attended trade schools, junior colleges and Troy University.”

Now, in an effort to continue the scholarship awards and hopefully extend them to other schools in the county, Kelly and a friend, Demetria Pickett, are sponsoring the “Nick of Time Holiday Fest” December 9, 10 and 11 at the Pike County Fairgrounds.

The festival will be from 10 a.m. until 6 p.m. on Friday and Saturday and from 1 until 6 p.m. on Sunday. There is no admission charge but each person who attends is asked to contribute one canned food item to support the food pantry at the Pike County Salvation Army.

The arts and crafts festival will include a kids zone and entertainment and a special Breakfast with the Elves at 10 a.m. on Saturday. Kids will have a make-and-take item as a remembrance of their breakfast with the elves. There is a $5 charge for the breakfast.

Vendor booths for arts, crafts and food are available at $65 for outside booths and $100 for inside booths for all three days of the festival. Booths for churches and non-profit organizations are $25.

Proceeds from the “Nick of Time Fest” will fund the Tessie Kelly Memorial Scholarships with a percentage going to the Troy Shrine Club.