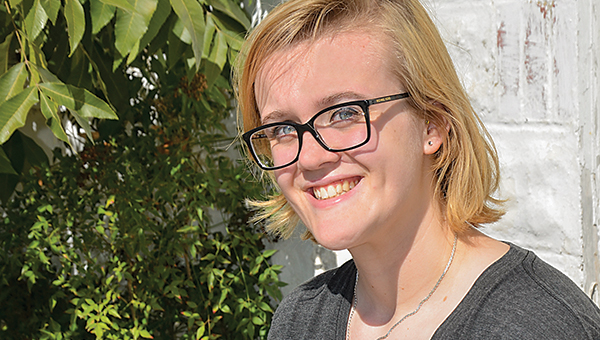 Savannah Buck, a freshman at Troy University, attempted suicide twice. The second attempt could have been successful if Savannah had not realized the finality of what she was doing and asked for help. Her journey out of the darkness was a long one. But now, she finds meaning in the simple things and the beauty and blessings of the day that are confirmed in sunsets. Savannah will participate in the Out of the Darkness Walk from 2 until 4 p.m. Sunday at the Troy University track. The walk will raise awareness of suicide and funds for research into is causes and treatments. Everyone is invited to participate.

Savannah Buck is thankful to be alive – to see each glorious sunset, to love and to be loved.

Eighteen-year-old Savannah almost robbed herself of God’s most precious gift, the gift of life.

But, now, Savannah smiles often and her laughs are genuine. She is thankful to be alive.

Had Savannah’s attempt at suicide succeeded, she would have missed all of the wonders of life that she now enjoys.

“Not every day is easy and I know there will be even harder days but I’m glad to be alive,” she said. “But I can make it because I see the beauty in sunsets.”

Savannah has struggled with depression since age 12.

Her parents’ divorce and being flip-flopped between them, social media, the feeling of not belonging anywhere, the inability to make friends — everything triggered feelings of depression and thoughts of suicide.

“I was on medication and seeing a counselor,” Savannah said. “But all I wanted to do was sleep. It got me away from my thoughts for a while but, even then, my mind was tormented. I couldn’t be happy. I needed help but I didn’t want help. I just wanted everything to go away.”

“I started cutting myself, all over my arms,” she said. “I wanted to hurt myself and I didn’t know why. But I couldn’t stop. I would just cut myself and it felt good. It was a different kind of pain.”

In December 2011, Savannah made the first attempt to end her life.

“I just couldn’t live anymore,” she said. “I took 50 aspirin pills and was nervous that my mom would find me. I was writing a suicide note when my step dad came in and saw what I had done.”

Savannah was rushed to the local hospital where she had to drink liquid charcoal to rid her body of the aspirin overdose. Because of her attempt to end her life, Savannah spent time in psychiatric hospitals from Luverne to Birmingham.

“Nothing seemed to help,” she said. “I didn’t want to live.”

In February 2013, Savannah, again, made the decision to end her life. It was 4 a.m. when she swallowed more than 80 aspirin tablets and a handful of Zoloft tablets.

“ I wanted to die and I was ready,” Savannah said. “I wasn’t scared. I just wanted to get out of this world.”

In a groggy state of mind, Savannah thought of her little brother and her parents. And from somewhere deep in her troubled mind, she realized that life might be worth living, if not for herself, for others.

She found reason to go for help. The overdose might not have been enough to end her life but she was in danger of going into cardiac arrest. Just when she decided she wanted to live; she might die. Life, not death, was her desire.

“I’m no longer on medications. I don’t think of self-harm,” she said. “I look at the positive things in my life, not dark things. I don’t watch the news. There’s so much bad stuff and I don’t do facebook. I think about the future and what I might do or be. Little things make me happy, things like when my mom kisses me on the forehead and listening to classical music. Simple things add up to happiness.”

Savannah has a tattoo on her left arm that covers up many of the scars from the self-inflicted cuts. The tattoo is symbolic of overcoming.

“What I would say to others is even when life seems so bad, like you can’t make it another day, there’s nothing as bad as not being here. There is a way. And every day, there’s a sunset and those you love … and that’s worth being here.”