Students learn the importance of water 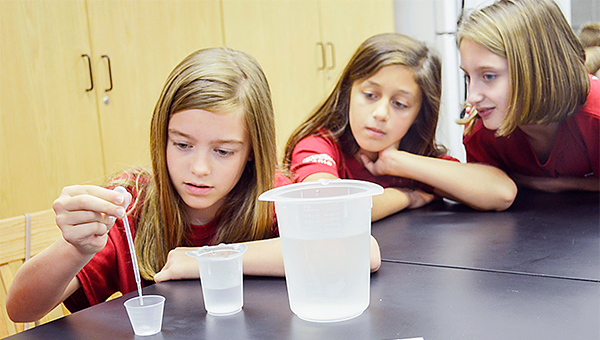 Billington was “topping” the ice cream with “oil” that would soon be scooped up and enjoyed by about 400 students who were participated in the 14th Annual Groundwater Festival at Troy University Tuesday.

Fourth-grade students from city, county and private schools in Pike County participated in the annual Groundwater Festival that is designed to bring greater awareness to the importance of water in the lives of all living beings and the necessity of keeping the groundwater clean, Billington said.

Billington said each of the classes provides hands-on activities that promote environmental awareness and water education.

“The objective of the ‘Edible Aquifer’ was to help the students understand how pollution can get into groundwater and how pumping can cause a decline in the water table and increased sinking of the land.”

The students constructed their own aquifers and “pumped” it through a straw.

Although the earth is covered mainly by water, the students learned that only a “Drop in the Bucket” is available for human consumption.

Heath Wesley, Pike County Extension coordinator, said, by measuring, the students determined the amount of surface water, ground water and glacier and ice caps that make up their groundwater.

The students also had an opportunity to make a “Water Bracelet” from colored beads that show the path water takes through various stages. The yellow bead represented the sun; the clear bead, evaporation; the white bead, condensation; the blue bead, precipitation; the black bead, runoff; and the green bead, plants.

Students also visited the Alabama PALS (People Against a Littered State) booth and learned about the effects of littering.

The Soil Tunnel Trailer, a mobile museum, was on site and the students learned about the correlation between their daily activities that directly relate to groundwater contamination.

The first Groundwater Festival was held in 2002 and has been held annually except for 2007, Billington said.

Funding and in-kind support comes from the Alabama Department of Environmental Management, Legacy and local donors. The Pike County festival has enjoyed support over the years from the City of Brundidge, Troy University, Lockheed Martin, the Choctawhatchee Pea and Yellow Rivers Watershed Management Authority, the Pike County Soil and Water Conservation District, Sodexo the Troy University Environmental Club, the Choctawhatchee Riverkeeper and other donors and volunteers. 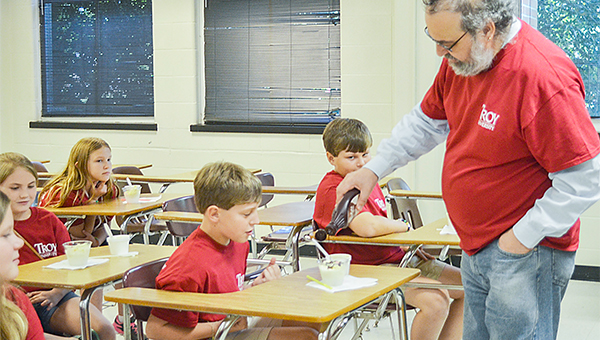 For the dogs: Pet parade, blessing of animals and fundraiser on tap this week

In celebration of the 101st anniversary of Be Kind to Animals Week, the Humane Society of Pike County will host... read more