Stephens retiring after 33 years with city 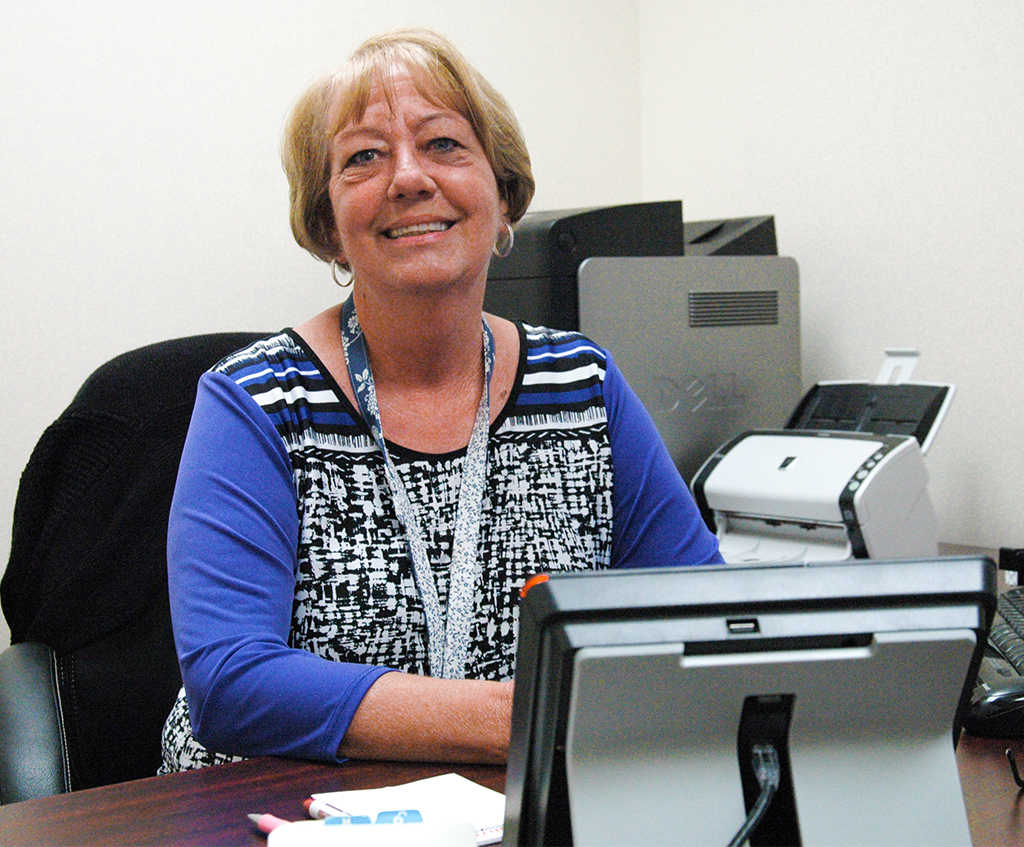 After 33 years with the City of Troy, Jan Stephens will retire at the end of the month. The Troy native joked that she’ll spend her retirement time at the beach.

Jan Stephens was feted with a retirement celebration on Wednesday. She didn’t want anything big or anything fancy so hamburgers and hotdogs at a city warehouse were just about as perfect as could be.

Stephens, the office manager at City of Troy utilities, will officially retire on February 29 after 33 years with the city.

She, laughingly, said the first warm, sunny day after she receives her first retirement check, she’ll don her yellow, polka-dot bikini and streak out for Alabama’s Gulf Coast.

On a more serious note, Stephens said retirement probably won’t hit her until the first morning that she doesn’t have to get up and go to work.

“But it’s time,” she said. “I woke up one morning and thought, ‘Why am I doing this to myself?’ I knew then it was time to retire.”

Stephens grew up in Troy and worked for pensions and securities and Dr. J.A. Brantley before coming to work for the City of Troy Police Department in 1983.

She worked as secretary for Chief Doug Benefield for about nine months before Grady Reeves became chief of police.

“Actually, I’ve worked for three generations of Reeves,” Stephens said. “I didn’t work directly with Mr. Homer Reeves but he was with the city. Grady Reeves was my boss and now Jason Reeves is my boss. I’ve had great bosses.”

However, Stephens added laughing that she decided not to stay around for the chance of working for four generations of Reeves.

Stephens worked with the Troy Police Department for 14 years. When “the chief” was leaving the department, Mike Davis and James Flowers asked her if she would be interested in going to work for the utilities department.

“I thought I couldn’t do that,” she said. “All of my friends were at the police department. But I decided that, if they were my friends, they would still be my friends. So I made the move. That was in 1997.”

And it was not a move that Stephens has ever regretted.

“I’ve loved working with utilities,” she said. “At the utilities department it’s something different every day. Sometimes, people will get frustrated, like when a storm comes and the power is out for several days. Times like that, things get on your nerves.”

Stephens said she’s had the opportunity and privilege to work for great bosses, James Flowers included, and with great people.

“Most of my work has been bookwork – payroll and general office duties,” she said. “That’s the kind of work I enjoy. And, I could keep working but I want some time to do things I just want to do. My five-year-old granddaughter said she is going to retire from school when I retire so she has big plans for us. I have twin grandbabies and I want to spend time with my mother. I want to travel, first to the beach just to relax for a few days before really get into retirement.”

Stephens said some home improvements are on her short to-do list that includes an outdoor kitchen and a pool.

Of course, there are things that she will miss about her job.

“How many husbands would let their wives stay out all night with 20 men,” Stephens said laughing. “I feel like I’ve raised most of these boys. And, I don’t know who will be sitting at my desk but I do have a word of advice for whoever it is. You can mess with the men’s wives and you can mess with their children but do not mess with their paychecks.”