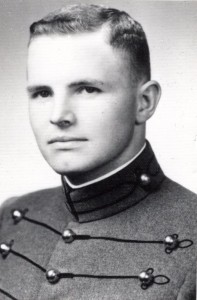 James Bruce Morgan died on February 1, 2016 at Anne Arundel Medical Center at the age of 81. He was born in Cincinnati, OH to the late Elizabeth and Austin Morgan on December 4, 1934. He lived in the Arnold / Severna Park, Maryland area since 1977. His past residences include Cincinnati, Chicago, Columbus, OH and Florham Park, NJ.

Jim attended Purcell High School in Cincinnati, where he was a member of the Ohio State Championship football team.  He attended the University of Cincinnati and was a member of the Beta Theta Pi fraternity and Army ROTC.  He was then appointed to the U.S. Military Academy at West Point and graduated in 1958. He served in the Army from 1958-1962 where he attended artillery school, became an airborne ranger, and “earned his wings” in flight school at Fort Rucker, Alabama where he met his late wife Peggy T. Morgan.

He was preceded in death by his wife Peggy Tindol Morgan, brother Thomas Morgan and sister Marcia Morgan.

Online condolences may be made at www.barrancofuneralhome.com