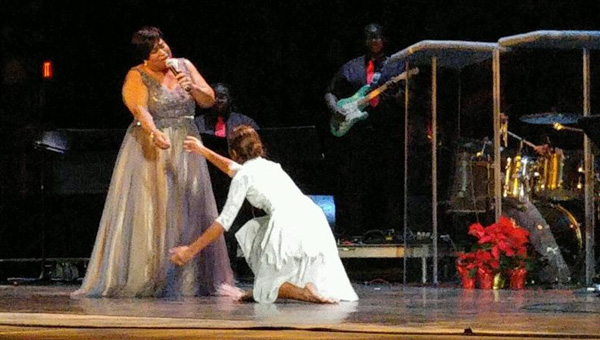 The Shelia Jackson and Friends Christmas Concert Friday night at the Claudia Crosby Theater played to a standing room only audience and, by all accounts, it was a wonderful, magical evening.

Joel Williams, president of the sponsoring Troy Arts Council, said the concert was one of the most well attended events the TAC has ever had.

“The audience reaction was incredible and there was such a good cross section in attendance and in performance that it makes you feel good about our community,” Williams said.

Tonya Terry, WSFA personality who once again emceed the concert, said this year’s concert was different in a good and exciting way this year.

“Shelia always brings together a large group of friends which is an indication of the diversity and level of talent in the area,” Terry said. “The concert included every kind of music from Motown to opera and even included a country music Christmas tune.”

Terry said one of her favorite parts of the concert was the little kids singing “Man in the Mirror” and “little kids do make the world a better place.”

“The kids were adorable and the Troy University dancers add so much to the concert,” Terry said. “When Sheila sang ‘Mary Did You Know’ asking Mary if she knew that her baby boy, Jesus, was going to change the world and save us all, a young lady danced. She and Shelia made an obvious connection with each other and it was so beautiful that I cried.”

Terry said the Shelia Jackson and Friends Christmas Concert brings the community together at this special time of year.

“Troy University has been out for a week but the dancers stayed on campus to be a part of Shelia’s show,” Terry said. “That shows how much they think of Shelia and how important this concert is to the community.” 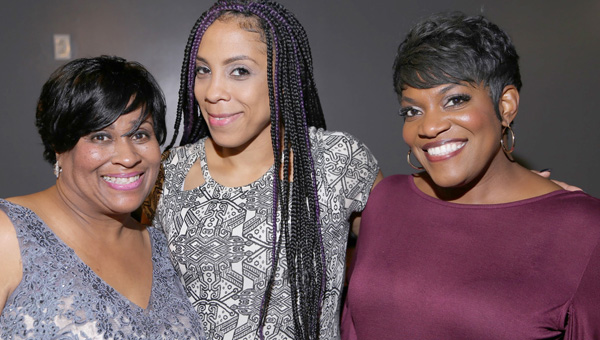 “The concert is an opportunity for me to see my family and friends. It’s about family, friends and community. The concert means a lot to me and to the community because it reaches out to so many.”

Jackson said the concert was just that – an opportunity to bring the community together at Christmastime.

“I want to thank the Troy Arts Council for sponsoring the concert over the years,” she said. “Because of all the wonderful people involved and because it does bring the community together, it has become a Christmas tradition and I am so honored and so thankful to be a part of it. I thank everyone who gives of their time and talent to the concert – the band, the soloists, the dancers, the special guests and, of course, the community for its wonderful response. We hope the concert made the holidays a little brighter for all those who attended and we thank them for coming and wish everyone a very Merry Christmas.”