Goolsby, a former Brundidge resident, died on Sept. 12, 2015 in Huntsville.

He was remembered as a dedicated patriot and a true American hero. The Patriot Guard Riders provided the honor guard for Goolsby. He was buried at Greenwood Cemetery in Montgomery.

“Brother Goolsby attended Tennille United Methodist Church and all of us who knew him loved and respected him,” said Freddie Turner, quartermaster of VFW Post 7055 in Brundidge of which Goolsby was a member. 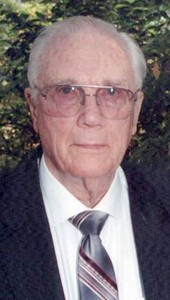 “Brother Goolsby was what we call a Navy Seal today. Back in his generation, he was called a frogman. We don’t hear about frogmen anymore but they were the best of the best.

“When he was in Vietnam, he was attached to the 1st Battalion, 3rd Marines, fighting forces.”

Turner said Goolsby retired as a Chief Navy Corpsman and then worked as an epidemiologist with the Center for Disease Control in Montgomery. After retiring again, he spent time with family and friends, traveling and reading and supporting his Troy Trojans.

“Brother Goolsby enriched the lives of so many of us,” Turner said. “We have lost a true patriot and an American hero. How sad that is.”