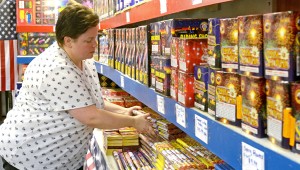 By Scottie Brown and Courtney Patterson

The Fourth of July traditionally means fireworks, and this year Pike Countians can take part in both public and private activities.

“It’s a great event for the community, the City of Troy and Pike County,” said Dan Smith, Troy Parks and Recreation director. “People view the fireworks from all over the county. People 15 to 20 miles away can view them and can see the show perfectly from where they live. There are many locations where you can view the show.”

The recommended viewing area for the show is Veteran’s Memorial Stadium. The welcome and introduction will begin at 8:30 p.m. and the actual show will begin at 8:45 p.m.

The fireworks program has taken place for approximately 50 years, beginning with the Gaylard family shooting fireworks off the roof of the Starlite Drive-In, according to Smith. When Bo Gaylard became the recreation director for the city, the fireworks display was moved to Veteran’s Memorial Stadium and the City of Troy has been part of that for about 35 years. 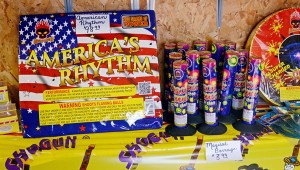 “We encourage people to be extremely cautions if they attempt to shoot their own fireworks,” Smith said. “There are so many injuries locally, statewide and nationwide because fireworks can be very dangerous. We hope that everyone can be safe on the Fourth of July.” Smith suggested to watch the annual program instead of shooting them at home, but to be safe no matter what.”

While it’s illegal to shoot fireworks within city limits in Troy, residents in Pike County can partake in fireworks. And Troy Fire Department Lt. Dan Hussey said that while fireworks are fun, they are dangerous.

“Please educate yourself to all dangers before using any fireworks,” he said.

“If the grass is dry, do not shoot any fireworks or you will start a grass fire that can and will endanger person and property,” Hussey said. “A responsible adult should supervise all firework activities and always remember that alcohol and fireworks do not mix.”

“Use fireworks in an open area away from buildings and vehicles,” Hussey said. “Never handle or use fireworks indoors, and never relight a dud. And, never shoot fireworks at or towards anyone. Once the fuse is lit on a firework, back up to a safe distance before shooting off.”

Hussey said when it comes time to clean up messes made with fireworks, clean up is just as important as the handling of fireworks.

“Dispose of all spent fireworks by wetting them down and placing in a metal trash can away from any structures,” Hussey said. “Never attempt to use or make any type of homemade firework. Leave that to the professionals.”

“In any instance where someone is injured or an accidental fire is started call 911 immediately,” Hussey said.