A Troy University Football player has been identified as the person killed in a three-vehicle crash on U.S. Highway 231 Saturday morning that blocked the southbound lanes of traffic. 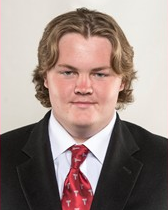 According to information from State Troopers, Corey McCullers, 19, of Deatsville, was killed when the 1997 BMW 328I he was driving collided with a Pontiac Grand Am, then struck a travel trailer that was parked on the shoulder of the highway because of a flat tire.

The crash happened about 6 miles north of Troy.

“This is a terrible tragedy and our hearts hurt for the McCullers family,” Troy Athletic Director John Hartwell said. “We are reminded every day how precious life is, and the thoughts and prayers of the Troy University Family are with his family, friends and teammates as they mourn the beautiful life that Corey lived.”

McCullers was pronounced dead at the scene. The driver and two passengers in the Grand Am were taken to Baptist South Hospital in Montgomery for treatment.

McCullers was a broadcast journalism major at Troy and redshirt freshman for the football team after serving on Troy’s scout team during the 2014 season. He came to Troy after playing several sports at Holtville High School.

“The Troy Football Family is heartbroken today over the sudden loss of Corey McCullers,” Troy football head coach Neal Brown said. “There is no greater tragedy than losing a young man with a bright future far too soon. Corey was a true Trojan who loved Troy University and his teammates. Our staff and players will always remember Corey’s work ethic and his positive attitude. Our thoughts and prayers are with his family and friends.”